Who is Anna Hazare

Image source: courtesy flickr
In the past few years we have seen a lot of incidents of scams, frauds, corruption, etc which has not only spoiled the image of India but also eroded lakhs of crores of rupees, which is astronomical by any measure. Take the case of 2G scam, Common Wealth Games scam and a host of other scams.

In this backdrop there have been many groups and citizens who have come out voicing their protest against corruption and demanding strict laws against corruption. One of them was Anna Hazare, who has initiated a sathyagraha (non-violent resistance) movement for passing a strong anti-corruption bill also known as ‘Jan Lokpal Bill’.

Many people ask this question such as ”Who is Anna Hazare?”, “What are his achievements?” and “Why the sudden hype about him recently?”, etc. I will try to answer some of these questions. The focus of this article is to know Anna Hazare’s background, his achievements and what we can learn from him.

Kisan Baburao Hazare, better known as ‘Anna Hazare’ or ‘Anna’ was born in June 15, 1937 in Bhingar, a small village near the city of Hinganghat, Mahrastra. His father Baburao Hazare worked as an unskilled laborer and had seven children to support, which lead to significant hardships for the family.

Kisan (Anna Hazare) moved to Mumbai to live with his childless aunt who volunteered to look after him and his education. Kisan studied up to 7th standard or high school and had to quit schooling due to family circumstances and had to get in to occupations like running a shop or trading flowers at Dadar, etc.

There was one turning point in 1962 when large scale army recruitments were taking place. Interestingly Anna Hazare was selected in the army at this time despite not meeting the physical requirements. Anna took up training at Aurangabad in Maharashtra and started his career in the army as a driver.

He was later posted at Khem Karan sector in 1965 during Indo-Pak War, and had faced the war and air attacks by Pakistan. Today he is the only survivor of that convoy, surviving from a close shave of a bullet that passed beside his head.

The Turning Point or the Defining Moment

This incident had provoked Anna Hazare to think about the meaning of life and death, or the purpose of living. Every famous personality has one turning point or career break or a transformation phase which Anna Hazare also went through.

He was incidentally reading a book titled “Call to the youth for nation building” by Swami Vivekananda in a book stall at the New Delhi railway station.

After reading this book he realized how saints had sacrificed their own interest and needs and worked towards betterment of people. This is the defining movement when the powerful seed or energy to create the change or transformation was born. He started reading more about Vivekananda and Vinoba Bhave and their work.

During mid 1970’s Anna decided and took a oath to dedicate his life to serve humanity, following which he took voluntary retirement from Indian Army in 1978.

Changing the face of Ralegan Siddhi

After retiring from Indian Army Anna Hazare moved to his native village Ralegan Siddhi. Relegan Siddhi was suffering from issues like droughts, poverty, deprivation, a fragile ecosystem and hopelessness. Anna noticed that there was a serious concern as many villagers were addicted to alcohol which was one of the key concerns creating economic, social and family hardships.

He organized the youth of the village and formed a group named ‘Tarun Mandal’ (Youth Association) to fight the issue of alcoholism. The first step started with a meeting in a village temple where the villagers took oath to close liquor shops and dens. Following this 2-3 dozen shops were closed down and shop owners could not fight back or complain because the business was illegal in the first place.

Further, Hazare appealed to Maharashtra Government to have strict laws to deal with liquor menace, which also lead to a huge transformation where the Bombay Prohibition Act, 1949 was appropriately amended.

Anna Hazare made remarkable changes in Ralegan Siddhi and transformed the entire social and economic climate of the village. Some of the achievements are listed below.

He started the Grain Bank at a temple in 1980 so as to provide food security to needful people in times of drought and crop failure. This was started with the help of rich farmers, who were supposed to donate a quintal to the bank.

Poor farmers or those in need could borrow from the bank, but had to return back the borrowed grains with interest. This ensured that the village had self-sufficiency, where no one goes hungry and also prevented distress sales of grains at low prices.

Ralegon was located in the foothills, so Anna persuaded villagers to construct a watershed to save water for irrigation. The residents in the village volunteered and worked hard to build canals, check dams and small tanks near the hills for water storage and conservation.

The number of milk cattle has also been growing. This resulted in production growth from 100 litres (before 1975) to around 2,500 litres per day. Now milk is supplied to a co-operative dairy (Malganga Dairy) in Ahmednagar, a Balwadi (kindergarten) children and neighbouring villages under the child nutrition program sponsored by the Zilla Parishad.

Other Key Achievements in Relegan Siddhi

Establishment of primary school and construction of new schools which has lead to increased literacy rates in the village. Similarly education or training on traditional farming practices and techniques are imparted.

As seen in many villages and rural areas in India, this was addressed and uprooted. People of all castes get together for social events and good causes instead of fighting over petty issues. Similarly inter-caste marriages and equal opportunities for all castes has been implemented.

In Indian marriages there is a common practice of dowry and huge wedding expenses which are unaffordable by common people. A collective marriage system was encouraged by Anna’s Youth Association where mass marriages were held in one location, thereby saving huge costs, time and efforts.

Anna’s Personal Life & What we can learn from him

Two other pieces of land donated to him by the Indian Army and by a villager have been donated by him for village use. (Source: Wikipedia – Note: The data or facts shown are taken from sources which we believe to be accurate and reliable.)

This is one quality which personalities such as Mahatma Gandhi had.

Anna’s commitment to his community in Ralegan Siddhi is well written and covered in several leading publications in India. We can draw a lot of inspiration and ideas by reading these. Anna Hazare is also fighting for broader cause – the anti corruption bill also known as ‘Lokpal bill’.

Anna Hazare believes in setting aims and objectives for the individual and the society. For individuals, they can be as hard as ‘dedicating his life entirely to his work’, and ‘ready to face death if necessary’.

This is what Anna Hazare has been practicing for several decades. For the society, they can be as wide as ‘the achievement of an ideal village’ and ‘watershed development’ and extending to various other projects and initiatives affecting the village, town, state or nation.

This is an integral part of life and needs to be imparted in every community or village so that social evils and crimes can be minimized or eliminated altogether. An example of this is the moral preaching of Anna developed as an encompassing tool for influencing the villagers in Ralegan Siddhi.

Although Anna became a respected leader with great influence, he still believes in team work. This is evident from his team or association in Relegan Siddhi. Today he has a team of professionals and eminent personalities such as Former IPS officer Kiran Bedi, an Indian social activist Arvind Kejriwal, who was also a Ramon Magsaysay Awardee for Emergent Leadership in 2006 and advocates such as Santosh Hegde, Shanti Bhushan and Prasanth Bhushan among others.

The movement is also growing and receiving support from various other personalities across various disciplines within the country and abroad.

Courtesy: http://kafila.org/2011/04/14/the-making-of-an-authority-anna-hazare-in-ralegan-siddhi/ from where few points above have been referenced

Becoming a great leader, who people trust and respect is not easy. It requires a lot of conviction, sincerity and ability to set an example, which Anna Hazare was capable of. He practiced and followed what he was preaching to people, which made people believe in his style of functioning and accept him as their leader to take their community forward.

Moreover, Anna is a simplistic person without personal ambitions who works for the betterment of society, which is another noble trait which makes him stand apart as a role model for young as well as old citizens to follow. 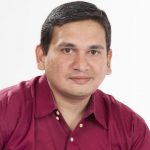