How To Stop Procrastinating: With A Coat Hanger And A String 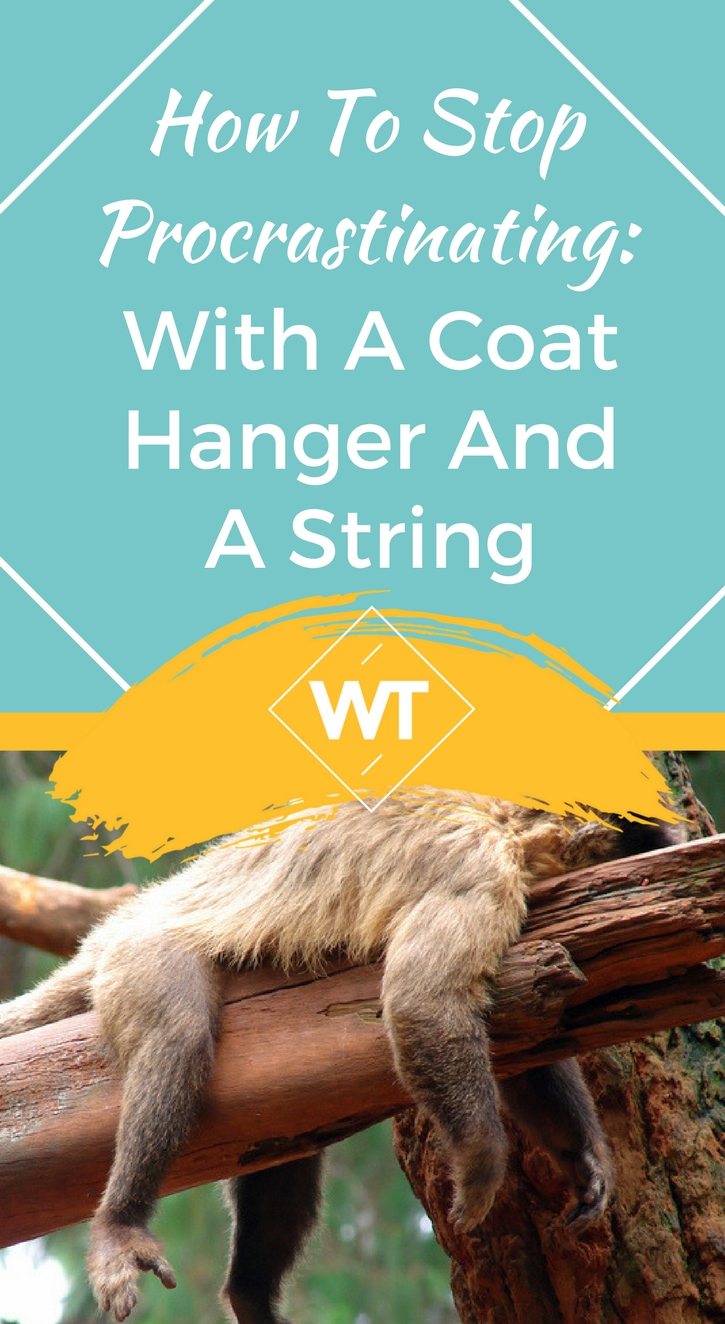 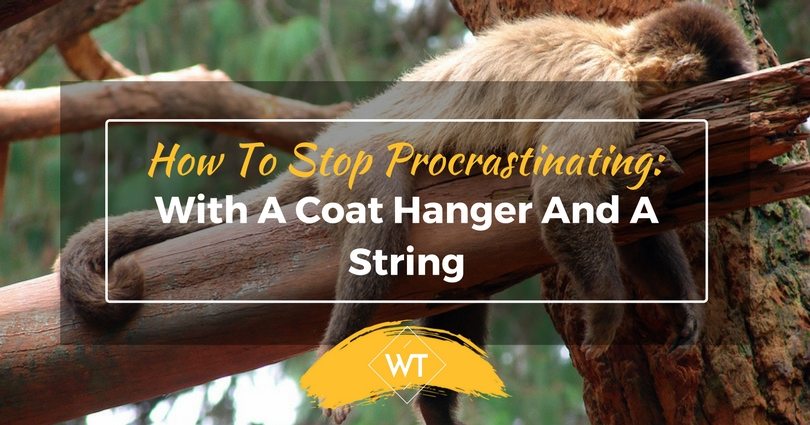 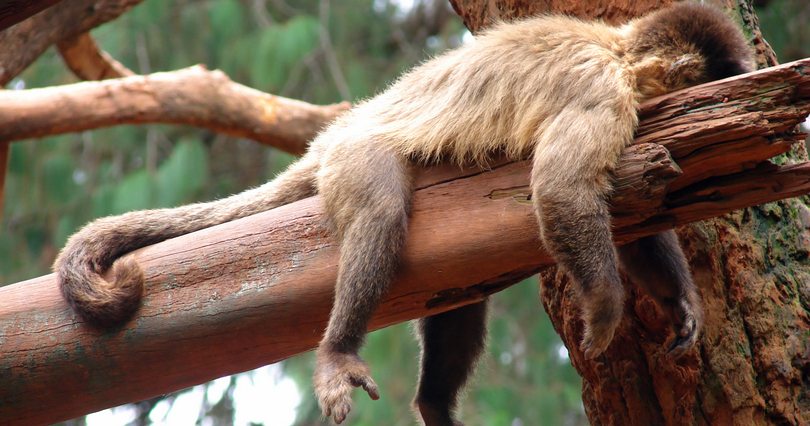 Would you like the answer to how to stop procrastinating? How crazy would you think I was, if I told you that a piece of string, a coat hanger and 5 minutes may just be the keys you need to jump-start your new project? Pretty crazy, right? I have proof. And yes . . . I have already tested it.

Let’s start with the 5 minutes. The biggest part of any project is getting started. We put off big things because they can be scary. They look imposing. You don’t have to do it all at once, however, and that part is the key.

Simply set an alarm for 5 minutes and start working for only those 5 minutes. If you quit after that (or you can even set it for 10 if you need to), then great. Feel free to quit and be happy about it. You will have at least made SOME progress, after all.

The cool part though, is that the majority of people out there don’t stop once they get going. They breeze right on through and keep going—oftentimes for as long as it takes to get the job done.

It works for exercise as well (not just things like responding to email). Once that blood gets pumping, the adrenaline surges and we just keep riding the wave. Plus, in the case of exercise, if you find it to STILL be a challenge, you can always use something like a HIIT routine and get done within a shorter time anyway.

Better still, try something like swimming or biking and you may just find that FUN has kicked in! That usually means you’ll decide to keep going beyond the first 5 (because seriously: who doesn’t like fun?). Either way, regardless of your method, the first 5 are always the most important. For me, though, I still realized that I needed something else.

Tips to learn how to stop procrastinating

Now on to my own stumbling block in the battle of how to stop procrastinating (and the part I know you’re all waiting for). In my case, I already knew something of the “just get started” method. After all, I had written books before, I had built websites, ran marathons, spent years in the military, and even consulted for large corporations.

I understood the basics of “get-up and go.” That wasn’t my issue. My problem was needing the perfect “prep step.”

In the past, I felt like they key—the real linchpin—was owning the perfect thing before I could begin. I used to believe I needed a better computer, a carbon-fiber bike, an office on the ocean . . .  You name it, I needed it. Or I thought I did anyway.

And then one day I didn’t have any of that stuff, but I still needed to get going. And so I did. That’s where the magic happened.

Apparently necessity REALLY IS the mother of invention because . . .
I built a desk out of a coat hanger and a piece of string. Here is a picture.

What difference did that make? It completely blew away the idea that I needed the perfect storm before I could start the perfect project. I went with just “good enough” and you know what? It worked for me! I had always heard that “good enough” was the problem. Maybe that was wrong.

Maybe it actually isn’t the enemy of perfection, as they say . . .  or maybe it is. But in the end none of that mattered because I got started. That was what mattered. Overcoming my mental blocks and just having 5 minutes to see how it went. For me it went well. I finally beat procrastination and finally became productive.

In fact, after this article I am starting work on my first novel—finally—and I am super excited. How will you use your first 5 minutes? Tell us in the comments.