49 Best Writing Quotes To Awaken The Author In You 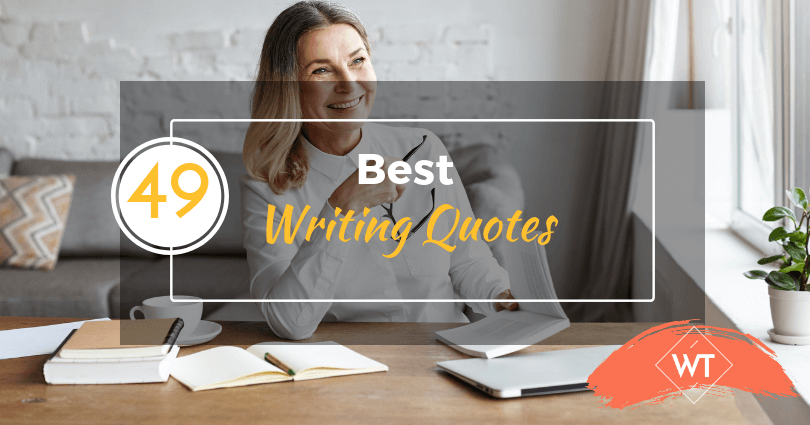 Writing a book is a task few will complete in their lifetime, and yet, it is a chance to live beyond that very lifetime! What would you teach your child or long for them to know well after you are gone? By what wisdom would you guide the world? What gift will you bestow on our overweary hearts? Indeed, the book is the way! Wisdom Times has got you covered with 49 Best Writing Quotes if your are looking out for some inspiration or the initial kickstart.

But you can’t blame me! This is Wisdom Times, after all!

These are the very best book writing quotes we could find (my favorite is the one by Faulkner, below) but whichever one you pick, may they spur you (and your writing) to greater heights, and perhaps one day greater sales!    😉

Before we start with the best book writing quotes, just in case if you have ever wondered you could be a great writer and think that feeling is now stranded due to your lack of confidence in your capabilities, you can take Wisdom Times’ QUIZ ‘Do You Have A Book In You‘ to win over your beached feeling and finally refer yourself as an ‘Author‘! 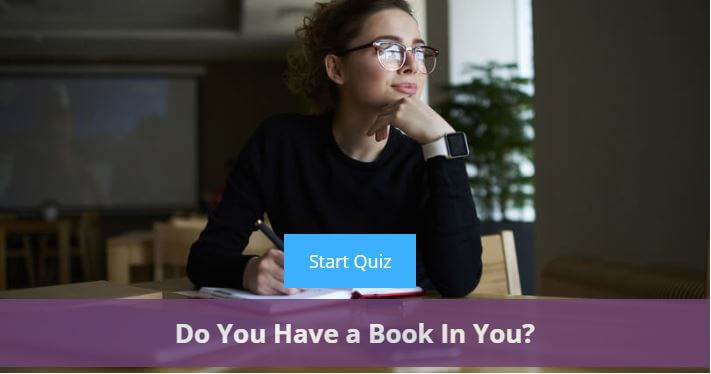 To produce a mighty book, you must choose a mighty theme. ~ Herman Melville (Tweet this)

If you can tell stories, create characters, devise incidents, and have sincerity and passion, it doesn’t matter a damn how you write. ~  Somerset Maugham (Tweet this)

It is perfectly okay to write garbage—as long as you edit brilliantly. ~  C. J. Cherryh (Tweet this) 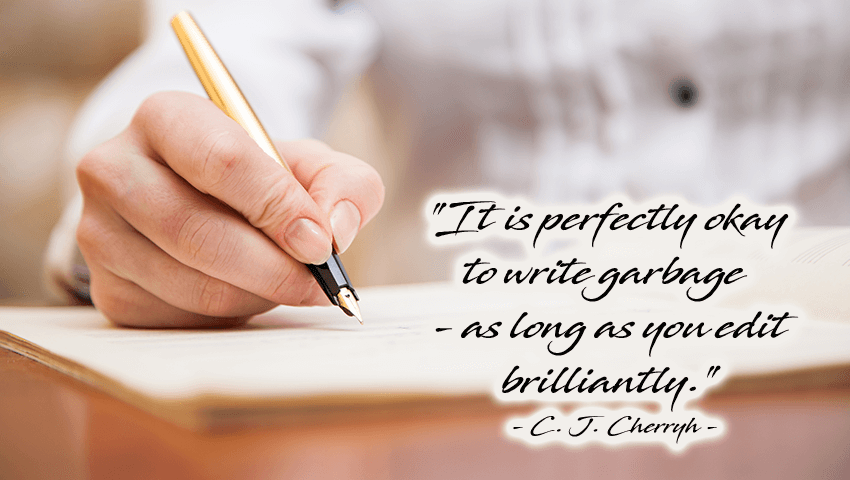 It took me fifteen years to discover I had no talent for writing, but I couldn’t give it up because by that time I was too famous. ~ Robert Benchley (Tweet this)

Words are a lens to focus one’s mind. A writer without interest or sympathy for the foibles of his fellow man is not conceivable as a writer. ~  Joseph Conrad (Tweet this)

Writing a novel is like driving a car at night. You can only see as far as your headlights, but you can make the whole trip that way. ~ E. L. Doctorow (Tweet this)

It is the writer who might catch the imagination of young people, and plant a seed that will flower and come to fruition. ~  Isaac Asimov (Tweet this)

Almost anyone can be an author; the business is to collect money and fame from this state of being. ~  A. A. Milne (Tweet this) 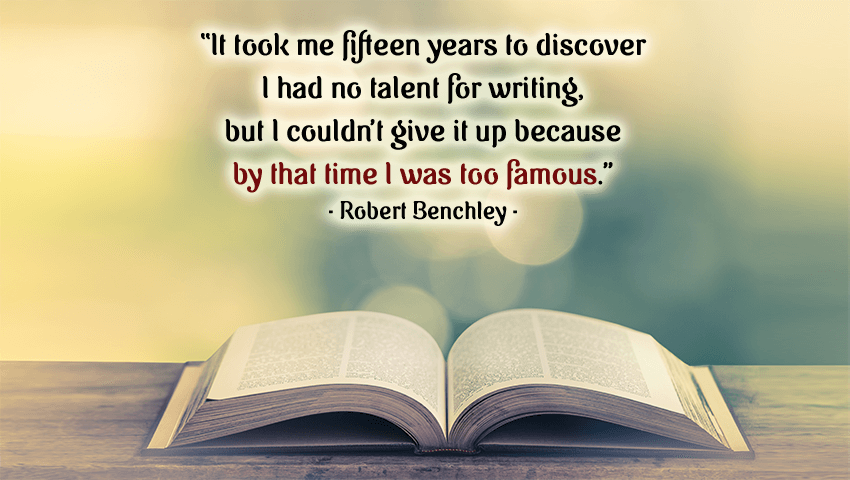 If you write one story, it may be bad; if you write a hundred, you have the odds in your favor. ~ Edgar Rice Burroughs (Tweet this)

A writer only begins a book. A reader finishes it. ~ by Samuel Johnson (Tweet this)

There are three rules for writing a novel. Unfortunately, no one knows what they are. ~ W. Somerset Maugham (Tweet this)

This one’s my favorite and my inspiration.

Don’t be a writer; be writing. ~ William Faulkner (Tweet this)

If there‘s a book that you want to read, but it hasn‘t been written yet, then you must write it. ~ Toni Morrison (Tweet this)

You have to write the book that wants to be written. And if the book will be too difficult for grown-ups, then you write it for children. ~ Madeleine Engle (Tweet this)

We write to taste life twice, in the moment and in retrospect. ~ Anaïs Nin (Tweet this)

Start writing, no matter what. The water does not flow until the faucet is turned on. ~ Louis L ‘Amour (Tweet this) 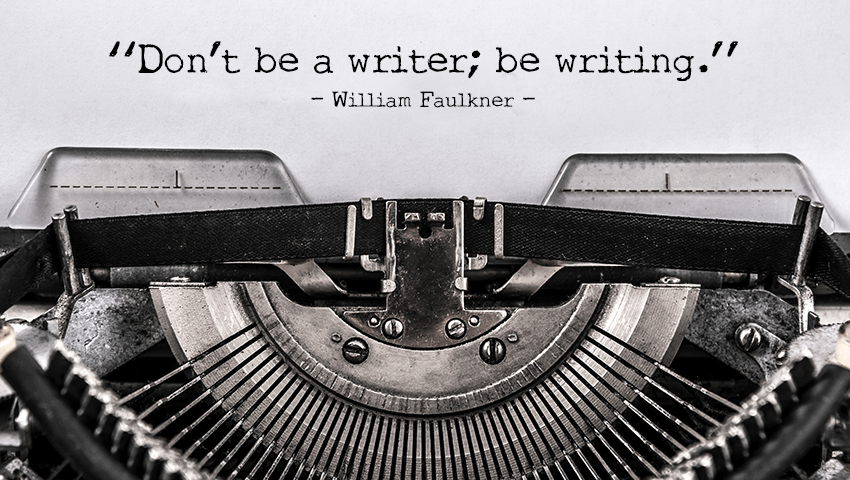 There is nothing to writing. All you do is sit down at a typewriter and bleed. ~ Ernest Hemingway (Tweet this)

There are infinite shades of grey. Writing often appears so black and white. ~ Rebecca Soinit (Tweet this)

Writing is like prostitution. First, you do it for love, and then for a few close friends and then for money. ~ Moliere (Tweet this)

Fill your paper with the breathings of your heart. ~ William Wordsworth (Tweet this)

The true alchemists do not change lead into gold; they change the world into words. ~ William H. Gass (Tweet this) 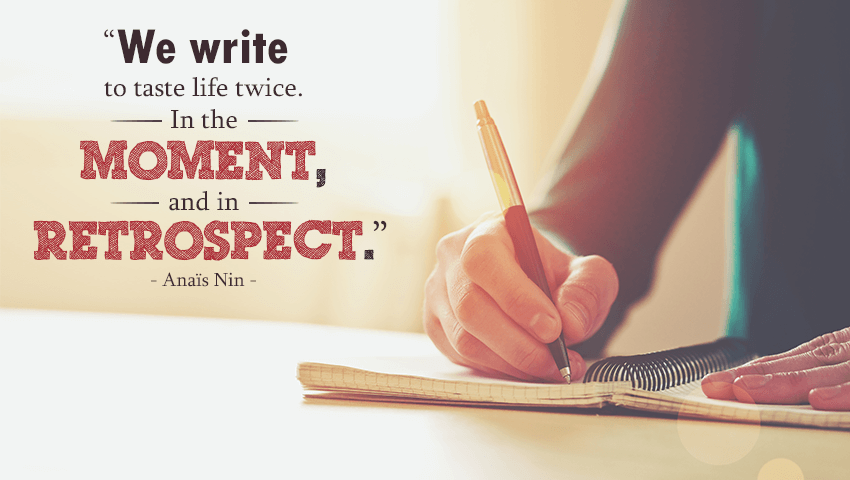 Writing is the best way to talk without being interrupted. ~ Jules Renard (Tweet this)

Write what should not be forgotten. ~ Isabel Allende (Tweet this)

Writing is easy. All you have to do is cross out the wrong words. ~ Mark Twain (Tweet this)

Every book is worth reading. If it cannot make you wiser it will make you a critic ~ Bangambiki Habyarimana (Tweet this)

Writing is a competition between the writer and the page. When the page wins, you fail as a writer. ~ Bangambiki Habyarimana (Tweet this)

Writing is a process, a journey into memory and the soul. ~ Isabel Allende (Tweet this) 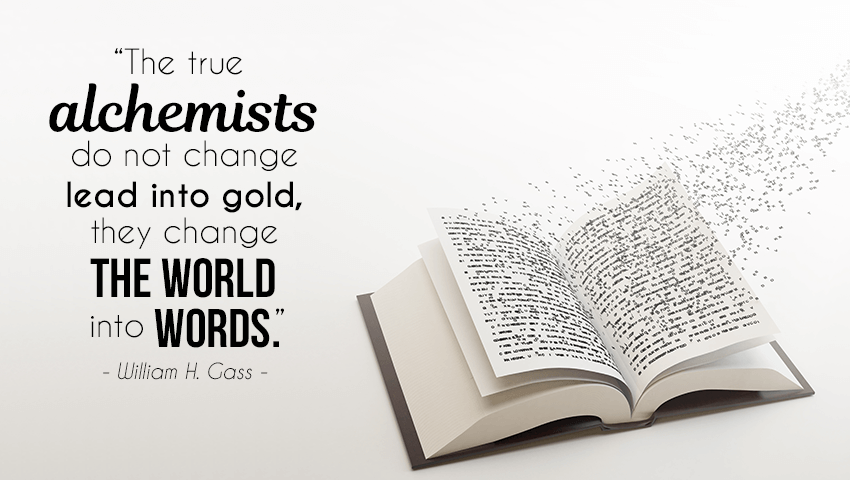 If writing seems hard, it’s because it is hard. It’s one of the hardest things people do. ~ William Zinsser (Tweet this)

A word is a bud attempting to become a twig. How can one not dream while writing? It is the pen which dreams. The blank page gives the right to dream. ~ Gaston Bachelard (Tweet this)

The two most engaging powers of an author are, to make new things familiar, and familiar things new. ~ Samuel Johnson (Tweet this)

Your intuition knows what to write, so get out of the way. ~ Ray Bradbury (Tweet this)

Writer‘s block is a fancy term made up by whiners so they can have an excuse to drink alcohol. ~ Steve Martin (Tweet this)

So long as you write what you wish to write, that is all that matters; and whether it matters for ages or only for hours, nobody can say. ~ Virginia Woolf (Tweet this)

If you want to change the world, pick up your pen and write. ~ Martin Luther (Tweet this)

What’s writing really about? It’s about trying to take fuller possession of the reality of your life. ~ Ted Hughes (Tweet this) 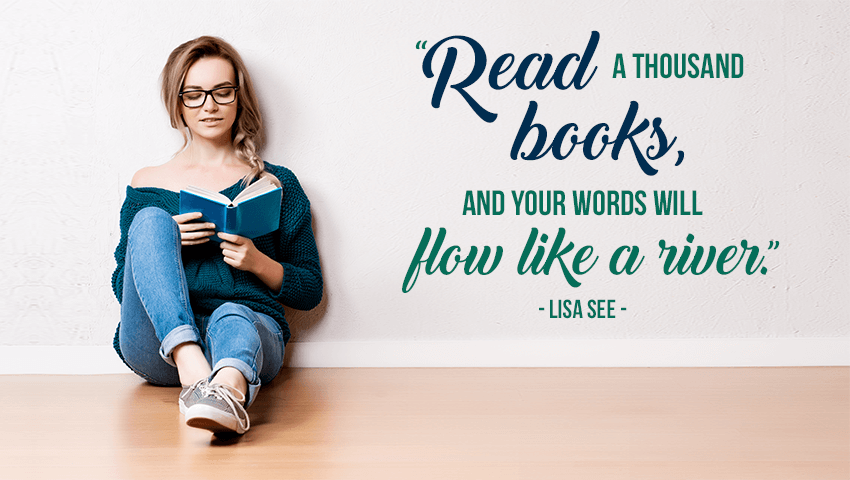 An author in his book must be like God in the universe, present everywhere and visible nowhere. ~ Gustave Flaubert (Tweet this)

Wisdom Times hopes these 49 best writing quotes has instigated your long living want of becoming an author. We wish you all the best for your career.