Practical Tips to the Art of Saying No 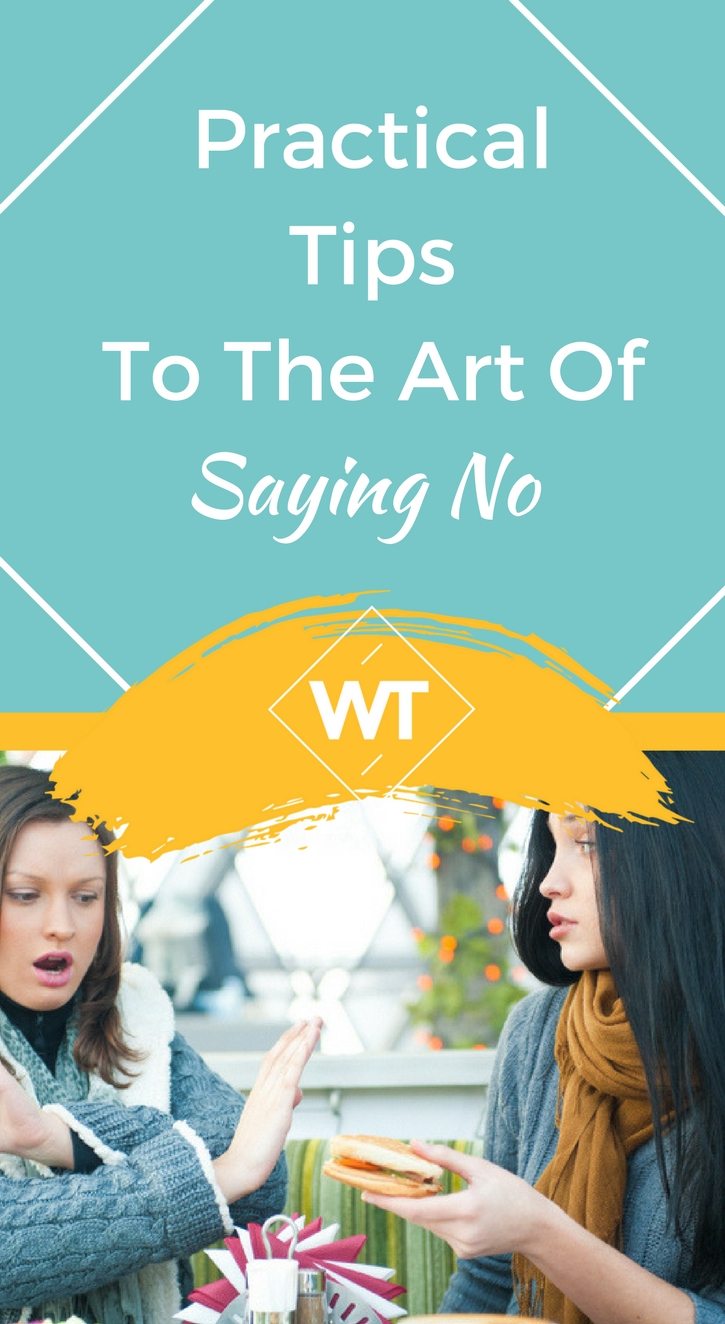 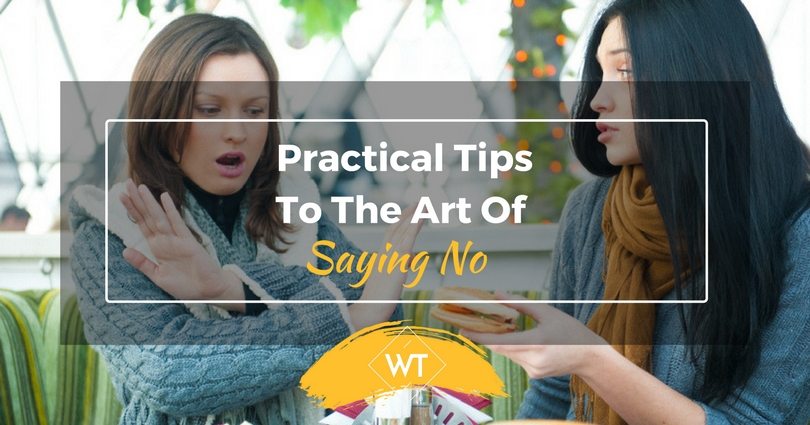 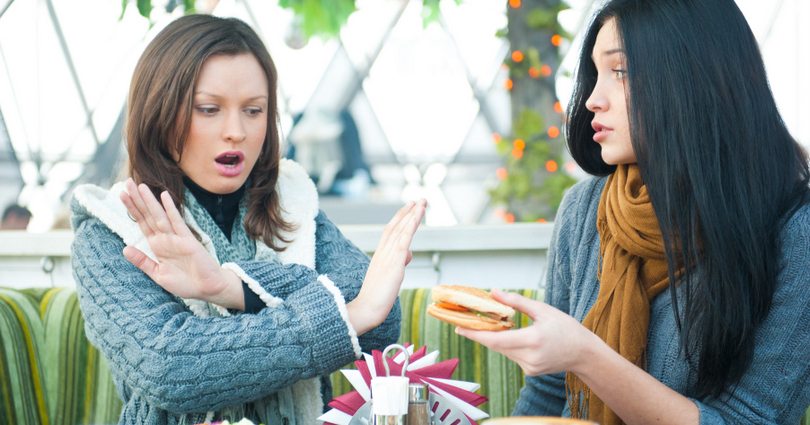 My daughter is learning how to blend words together. She reads “N-O… No, correct Mommy?” “Yes Baby”, I say. Well, seems like a seemingly simple word that my 4-year old can read, but somehow my tongue sticks to the top of my mouth when I try “saying No”.

I am a working woman with a passion to write. So, I juggle between, Kids, office, home, work, writing, cooking, cleaning etc etc. After an endlessly tiring day, my daughter comes and asks me “I want a fruit salad”. I want to say “No, not today” but somehow the syllables flowing out of my mouth sound like “Sure, no problem”. What goes wrong?

The downsides of not saying NO

Demand from my kids – Movie time! Well, like it is easy to get tickets that too on a weekend. So, after missing three weekends and continuous ranting from the kids, I managed to book a Saturday show in advance.

That too since it was a 3D Movie, the kids were super excited. A routine that normally took 3 hours to complete, finished in just over an hour and the kids were all but bounding into the car.

It was then that the dreaded phone rang. It was my boss, trying to get me to do some work on a weekend. I wanted to tell him “No, I have other commitments today”, but all I managed to say was “Sure, No problem.” There goes the happiness of my kids into my laptop. More often than not, the people who suffer most are your own self and the family.

A couple of days back, I received a call from my friend Nina. She was all but sobbing into the phone. She was the kind of a person who would bend backwards to please her mother-in-law. So, she apparently had a major showdown moments ago. “Good for you” I said. You definitely needed to tell her that she was pushing you too hard.

But after hanging up I realized that it was probably not warranted. A simple “No” would have produced the same result that a major showdown caused.

Better to say “No” than to over commit and struggle to achieve. More often than not, we tend to over commit and are enthusiastic to please others. But we don’t realize that people are not pleased when you do everything but when you willingly do what you are doing.

I remember this scene from a movie where the heroine likes eggs in whatever kind that her boyfriend likes. After receiving an earful from the hero that she has a choice of her own and that she does not like eggs the way her boyfriend likes it, she sits with eggs in every form conceivable and tries everything to decide what she likes.

You very often tend to lose yourself when you give in too much to the tastes of others. Don’t get to the place where you need to rediscover yourself before you realize that.

I have this very pushy colleague in office. “Oh please, it takes only 20 mins.” He says. I think “If it takes only 20 mins, do it yourself” but I say “Ok, I’ll do it this one time”. Then this 20 mins boomerangs to 40 mins and I get yelled at too for not delivering other things on time.

Why do I get shouted at for going out the way for others? Probably because I can’t push people the way my colleague does. It’s better not to over commit and accept things only to end up saying “Sorry” in the end.

When to say NO

I read this motivational article on saying NO and decided to say NO. This is what I learnt – you could apply this 3-step (PAS rule) rule to find out when you should be saying NO.

When that pushy colleague of mine walked around the aisle again, I considered running to the restroom when I spotted him first. Then I considered picking up the phone and pretending I was on a call. After scolding myself for chickening out, I stood up to him, nose to nose and when I said “NO” it miraculously sounded like “MEW”. “What?” he asked, “Yes” I said.

Couple of things here that we should prepare mentally. First, No feeling guilty about saying NO. Secondly, be prepared to repeat.

So, I make up my mind to say NO, come what may and my boss gives me this project which is sure to skin me off, but whose success will also guarantee me a promotion. Now, should I say NO? Well, obviously NO.

Always weight the Stress involved to the benefits received. If one outweighs 2, say NO, else YES.

My husband had his eyes on this stunning LED TV that he wanted for his birthday. I drove down to the gadget shop but decided to sleep over it before swiping my card. The next day, I meet a solemn, subdued husband who thinks that LED would be heavy on our pockets right now.Some of the assessments are not so easy as they seem. So, its best to sleep over it and rethink the situation the next day.

So, once we have passed this PAS rule, the trick is in trying to deliver the result out.

How to say NO

You can well yell out “Nooooooo” in a filmy style. But here are a few tips in aiding you deliver that bullet out of your mouth and saying NO.

Remember that “MEW” that came out of my mouth? Well, as long as you are not strong and feel that its your right to say NO, you will never say it.

Not by saying NO bluntly, but you could try adding a reason / alternate solution or time. Something akin to – “I am held up at the moment, why don’t you try asking X” or “Sorry, this does not fit into my list of priorities right now, maybe we can revisit this later?”

Guilt is something that you should never feel. This is your right to say No and most people appreciate it.

So, for the “Yes Man” things are going to start taking turns in your direction, only if you learn to say “No”. Take baby steps and practice with your family / friends first. Afterall there will be many situations in home and in work where we need to be saying NO.