Rama’s Justice – Learning from it 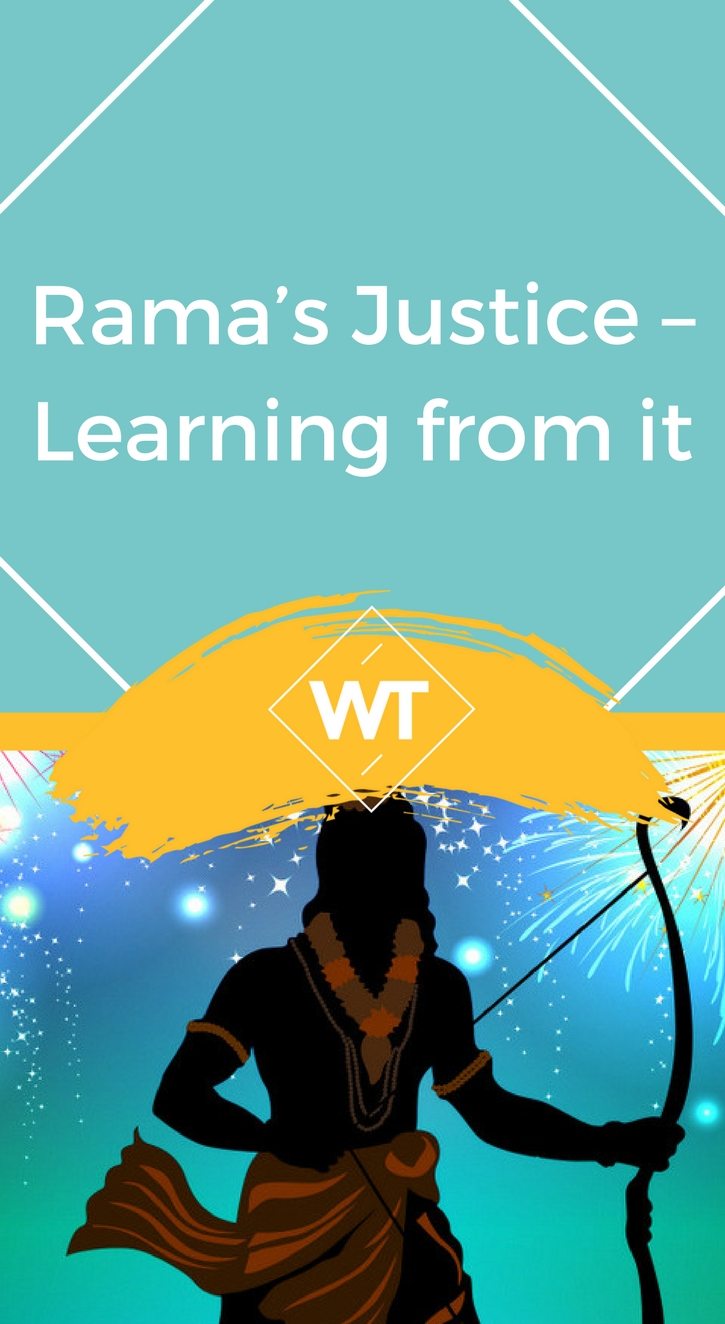 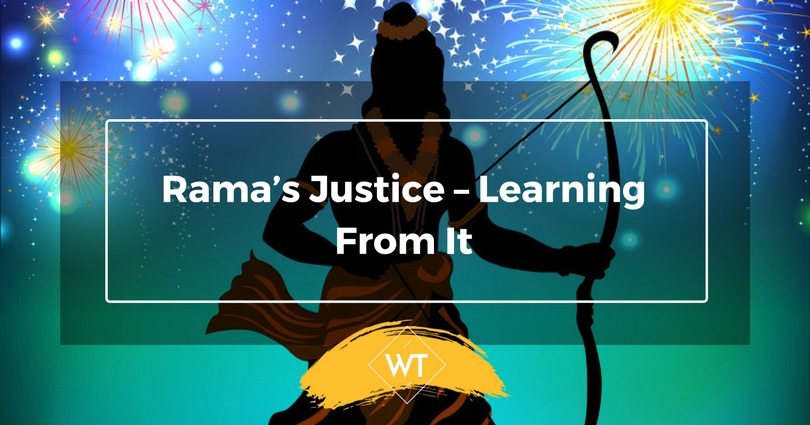 Ramayana is an epic that I remember hearing from my grandmother. She used to sit me on her knee and tell me little stories from Ramayana. To tell you the truth, the values and messages from these stories are so strong that they keep the cultural heritage (that India is so proud of) alive. Some of those stories have provided me with strong messages that have helped me all through my life.

The Story of the Squirrel

It is said that when Rama started construction of his bridge between India and Lanka, there was a small squirrel who wanted to pitch-in with his part. But being a tiny little animal, he could not do much like the monkeys and the bears who were carrying large boulders on their shoulders.

The squirrel wet itself in the water and rolled in the sands. He then walked across to the bridge and shook the sand off, so that when Rama walked, he would walk upon the softest sand. It is said that the stripes on the squirrel’s back were blessings from Lord Rama in praise for his work.

There are 2 little things that we can learn from this story.

It is not the effort of one person that takes to complete a job but the effort of a team of people that completes a job. One cannot argue that if the squirrel had not deposited his sand, Rama would not have been able to cross the bridge and so there would be no Ramayana! But the squirrel contributed towards Ramayana.

If you extend this philosophy to the corporate world, a corporate is a combination of individuals but each individual in it cannot be construed as a corporate.

Sugreeva regains his power, kingdom and wife from the clutches of his brother Vali with help from Rama. In return, he promises Rama to help him in his search for Sita. However, Sugreeva forgets this promise and is engrossed in his celebrities.

Rama sends word through Hanuman to remind Sugreeva of his promise but to no avail. The monkey King then comes to a point where he is threatened by Lakshmana’s wrath before he is served a not so polite reminder of his promise.

Rama is always viewed as a soft and gentle person who does not indulge in rash actions. And true to his image, he endures the prolonged silence from Sugreeva with a smile on his face. But, when push comes to shove, he really knows how to ensure compliance from a complacent king. Similarly, in our daily life, it is very important to hold that cool where it matters.

However, one should also know when to push things in the right direction and how to push too.

After conquering the demon king to rescue his beloved wife, Rama asks Sita to prove her faithfulness by entering fire, at the behest of his people. He thinks that it is important for Sita to prove her chastity by entering the fire to the people of her kingdom. If she was still chaste, she would emerge unscathed. However, if she was unfaithful, she would be consumed by the fire.

Some would view this as an extreme act of male chauvinism, but that would be a very subjective view. I would want to see what is there to learn from this for us. Rama sacrificed his personal self in the greater interest of the kingdom. Similarly, you would associate many war martyrs sacrificing their personal life to ensure the safety of their motherland.

Now, if you extended this analogy to the current day scenario, you will notice something that you hear in your everyday life. Individual goals can only be within the gambit of organizational goals. In other words, personal choices cannot supersede an organizational objective. I am sure that many management gurus will agree with this philosophy.

Ramayana is an epic which holds only the most perfect characters. Rama is a perfect son, a perfect brother, a perfect King etc. In today’s world, we cannot see this perfection. However, we can learn little lessons from different incidents that will help us live a better, peaceful and a meaningful life.