Learnings from Mahabharata in Corporate Scenario 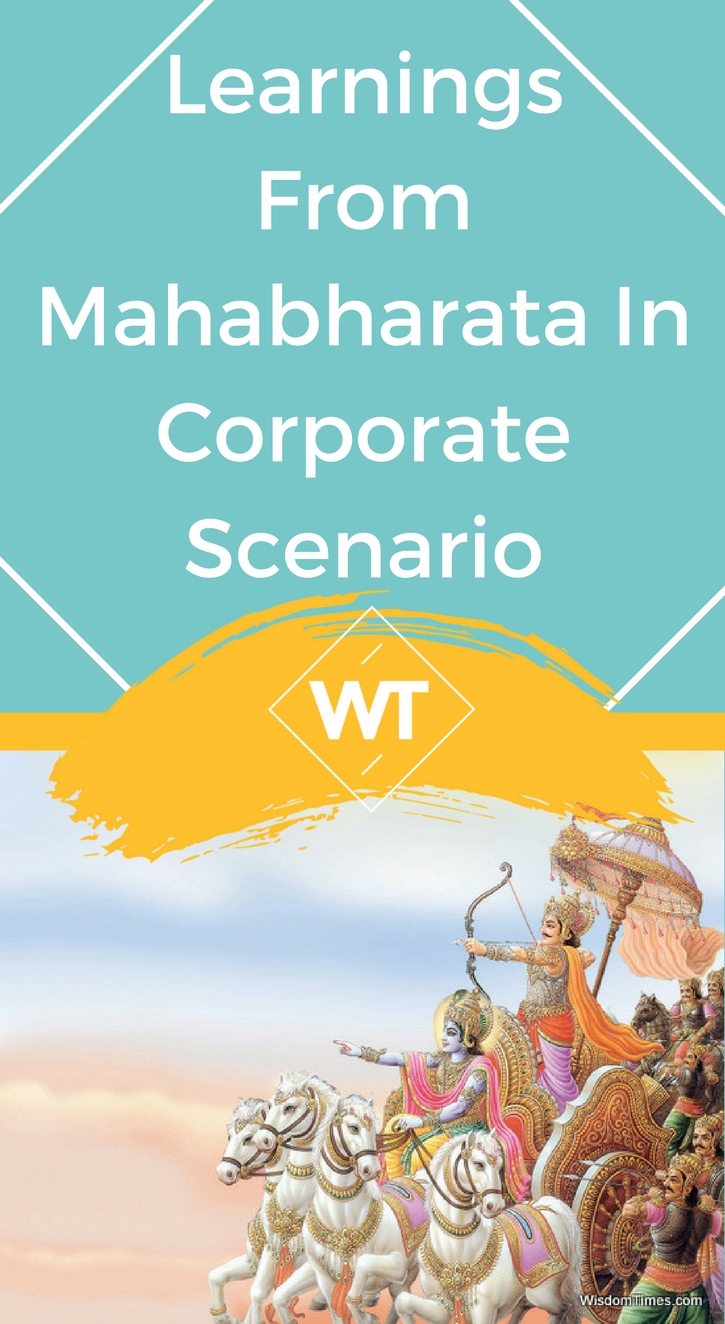 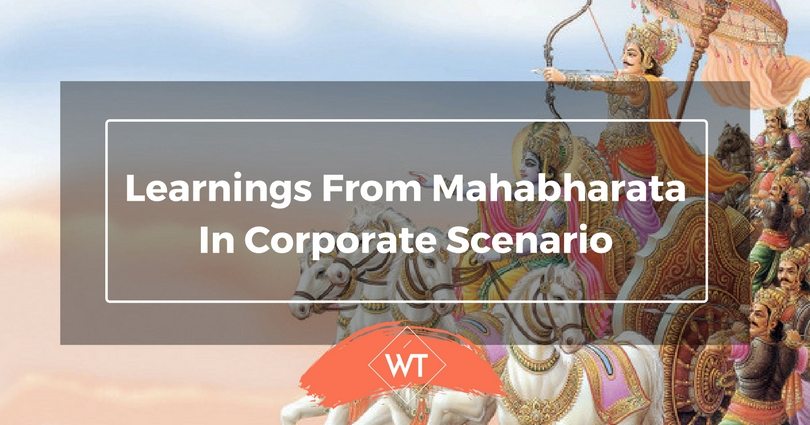 I don’t know about the others, but I definitely belong to the age when the world used to stop functioning at 9’o’clock every Sunday. No power cuts, no sleeping in late, no traffic, nothing except people locked in front of the television watching the wheel of time revolve and listening to Harish Bhimani’s voice boom out of the television sets “Main Samay Hoon”.

Wow, those were the days! But, honestly, is there a point in all those wasted hours if you cannot take away some learning from the Mahabharata. I am going to try and relate some incidents from the Mahabharata that will help you in the corporate world.

Politics is a part of this world, Deal with it!

Politics is a part of every aspect of life. Politics is sometimes positive but most times negative. We should find ways to deal with it rather than sulk and crib about it. More often than not, the solution lies in our own hands. We only need to find it ourselves rather than waiting for someone to come and rescue us from it.

Brain is mightier than Brawn

When Kauravas and Pandavas decided to consolidate forces, Pandavas desired the side of Krishna whereas Kauravas wanted Krishna’s army. In the end, it was Krishna’s advice that turned out to be more valuable than an entire army.

Everyday we face different kind of situations in our offices. Perhaps, the most common of them all would be resource crunch. Many a times, it might seem difficult to deliver a certain project with the given resources.

However, a better way to deal with the situation would be to think about ways to make it happen rather than giving up saying that it is virtually not possible. After all “Impossible” spells I-M-possible!

Give due importance to Visibility

It is said that both Duryodhana and Arjuna approached Krishna at the same time soliciting his support. And at that time Krishna was asleep. Duryodhana thought it too small to sit at the feet of someone and hence chose to sit at Krishna’s head. Arjuna, who respected Krishna immensely, chose to sit at his feet. As Krishna opened his eyes, he first noticed Arjuna and gave him a chance to speak first. That’s how Pandavas got Krishna’s support whereas Kauravas got his army.

In corporate world also, it is very important to place importance in opportunities that provide visibility. Needless to say, when you solicit such jobs, you have to be extremely productive and deliver over 100%. No matter what we do, we should never pass up an opportunity to be noticed even if the job is menial. Visibility is important in all walks of life.

Know when to cut your Losses

Yudhishtra suffered heavy losses as he kept losing to Kauravas in his game of Pachisi. If he had realized that luck was not favoring him or if he had realized that he was being subjected to skull-drudgery, he should have withdrawn from the game. Instead, he kept playing with all his property and his wife too in the end.

Especially for those running businesses or for those interested in playing in the stock market, there is a very important lesson there. Know when to cut your losses. Ascertain a limit until which you are prepared to take risks and stick by it. Even for those employed, you should understand the signals of down-sizing and take a walk when there is still time.

Bheema was an aggressive person, while Yudhishtra was a just person. Bheema was always fond of quick justice while Yudhistra was always for letting things settle down in an amicable way. They all had their differences, but were always together. Their unity is what we remember.

Many people come up with many different solutions for different problems. It is best to agree with the best solution and not get too carried away with our own reactions to a problem. Always be with an open mind and put the team before your individual self.

In an age when Indian mythology is fast losing importance, it is amazing to know how much we can learn from it and how well we can be successful using the lessons from Mahabharata. You can sure try and analyze more episodes from the great epic and see how we can make our lives better.