Once a man realizes the true value of his being, he is actually born that day. Here is a collection of the greatest Inspirational Spiritual Quotes to help you realize the value of your soul and existence.

“Nothing glows brighter than the heart awakened to the light of love that lives within it.”~ Guy Finley (Tweet this)

“Only through love can we obtain communion with God.” ~ Albert Schweitzer (Tweet this)

“Our outer world will always be a reflection of our inner world.” ~ Hal Elrod (Tweet this)

“When you do things from your soul, you feel a river moving in you, a joy.” ~ Jalal al-Din Muhammad Rumi (Tweet this) 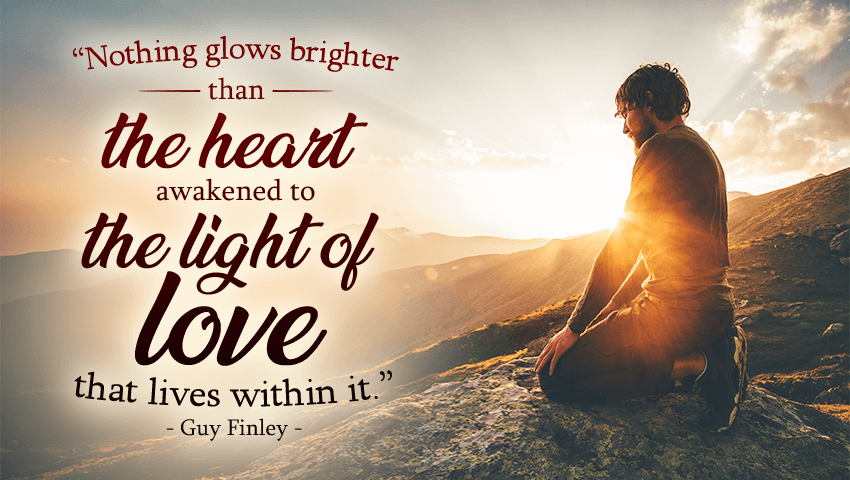 “God experiences Life through each of us, and we experience Life thanks to God.” ~ Peter Shepherd (Tweet this)

“Our prayers are answered not when we are given what we ask, but when we are challenged to be what we can be.”~ Morris Adler (Tweet this)

“Knowing others is wisdom; knowing the self is enlightenment.” —Tao Te Ching (Tweet this)

“You, yourself, as much as anybody in the entire universe, deserve your love and affection.”~ Buddha (Tweet this)

“The period of greatest gain in knowledge and experience is the most difficult period in one’s life.” ~ Dalai Lama (Tweet this)

“Science is not only compatible with spirituality; it is a profound source of spirituality.” ~ Carl Sagan (Tweet this)

“You can safely assume you’ve created God in your own image when it turns out that God hates all the same people you do.”  ~ Anne Lamott (Tweet this)

“The moment God is figured out with nice neat lines and definitions, we are no longer dealing with God.”  ~ Rob Bell (Tweet this)

“We are all connected; To each other, biologically. To the earth, chemically. To the rest of the universe atomically.”  ~ Neil deGrasse Tyson (Tweet this)

“What you are is God’s gift to you, what you become is your gift to God.” ~ Hans Urs von Balthasar (Tweet this)

“What has he found who has lost God? And what has he lost who has found God?” ~ Ibn ‘Ata’illah al-Iskandari (Tweet this)

“When you connect to the silence within you, that is when you can make sense of the disturbance going on around you.” ~ Stephen Richards (Tweet this) 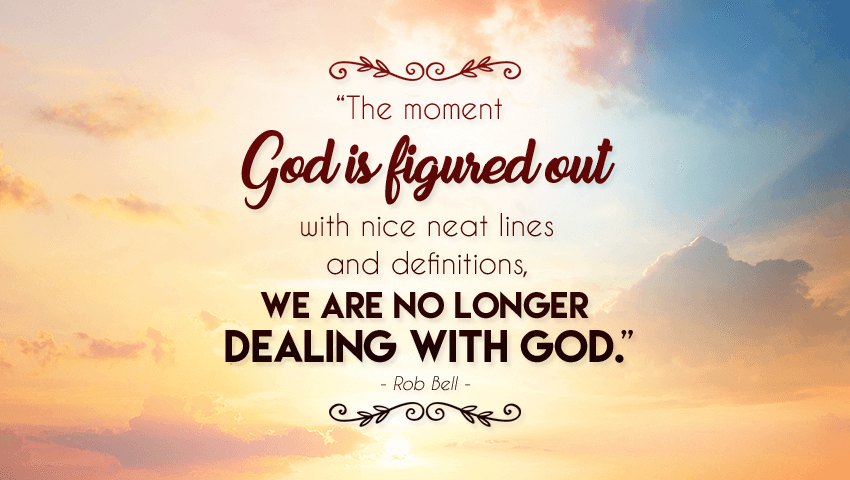 “Religion is for people who’re afraid of going to hell. Spirituality is for those who’ve already been there.” ~ Vine Deloria Jr. (Tweet this)

“Soul connections are not often found and are worth every bit of fight left in you to keep.”  ~ Shannon L. Alder (Tweet this)

“God is whispering in your heart, in the whole existence, just tune your ears.” ~ Amit Ray (Tweet this)

“The Way is not in the sky; the Way is in the heart.” ~ Gautama Buddha (Tweet this)

“Each star is a mirror reflecting the truth inside you.” ~ Aberjhani (Tweet this)

“The spiritual life does not remove us from the world but leads us deeper into it” ~ Henri J.M. Nouwen (Tweet this)

“Your greatest awakening comes, when you are aware about your infinite nature.”  ~ Amit Ray (Tweet this)

“The soul is like an uninhabited world that comes to life only when god lays his head against us.” ~ Thomas Aquinas (Tweet this)

“Once you have surrendered yourself, you make yourself receptive. In receiving from God, you are perfected and completed.” ~ Fulton J. Sheen (Tweet this)

“Spirituality exist in testing and experiencing the depth of inner peace consistently.” ~ Amit Ray (Tweet this)

“I understand once again that the greatness of God always reveals itself in the simple things.” ~  Paulo Coelho (Tweet this)

“And the time came when the risk to remain tight in a bud was more painful than the risk it took to blossom.” ~ Anaïs Nin (Tweet this) 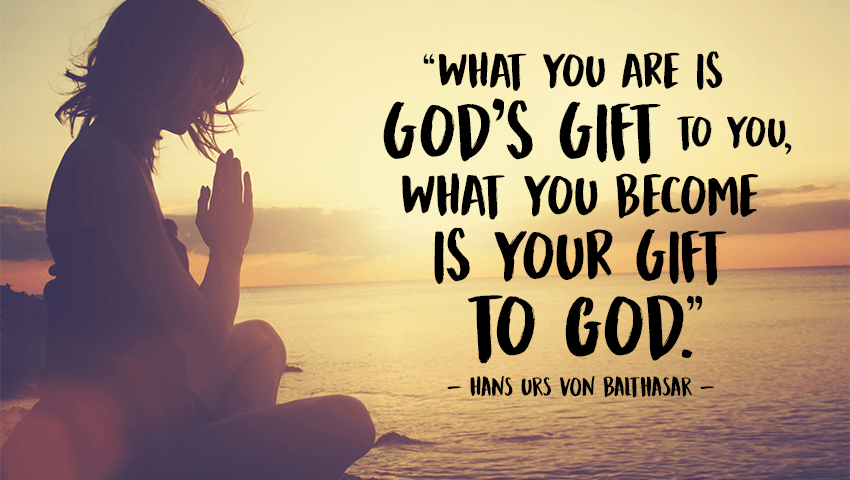 “He who does not reflect his life back to God in gratitude does not know himself.” ~ Albert Schweitzer (Tweet this)

“If you have a particular faith or religion,that is good. But you can survive without it.” ~ Dalai Lama (Tweet this)

“Avoid loud and aggressive persons, they are vexations to the spirit.” ~ Max Ehrman (Tweet this)

“Spirituality can not be defined, but can be described as a journey to the center of the Soul.” – Peter Kemmsies (Tweet this)

“Meditation brings wisdom; lack of mediation leaves ignorance. Know well what leads you forward and what hold you back, and choose the path that leads to wisdom.” ~ Buddha (Tweet this) 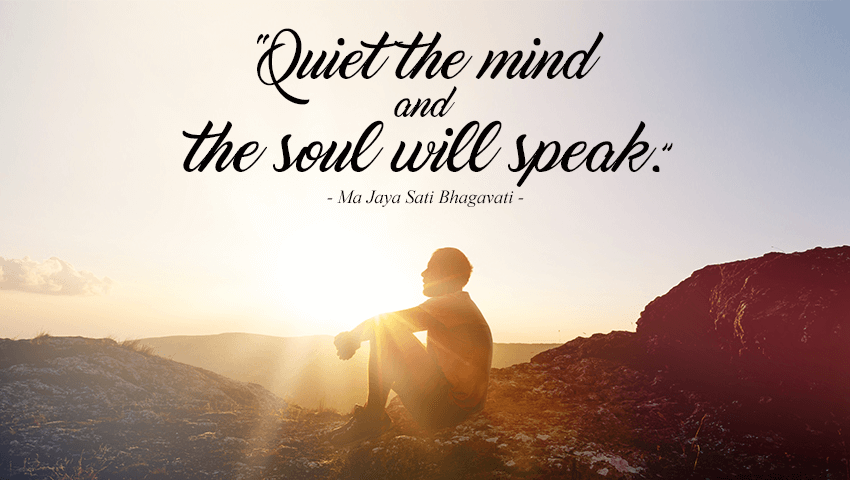 “Prayer is a friendly conversation with the One we know loves us.” ~ St Teresa (Tweet this)

“Matter is spirit at its lowest level, Spirit is matter at its highest level.”  ~ Madame Blavatsky (Tweet this)

“Earth’s crammed with Heaven and every common bush, afire with God.” ~ Elizabeth Barrett Browning (Tweet this)

“Just as a candle cannot burn without fire… man cannot live without a spiritual life.”~ Buddha (Tweet this)

“I’m a true believer in karma. You get what you give, whether it’s bad or good.” ~ Sandra Bullock (Tweet this)

“Faith is… putting all your eggs in God’s basket, then counting your blessings before they hatch.” ~ Romana C. Carroll (Tweet this)

“Meditation is…  listening to the Divine within.”~ Edgar Cayce (Tweet this)

“As you awaken to your divine nature, you’ll being to appreciate beauty in everything you see, touch and experience.” ~ Wayne Dyer (Tweet this)

“You pray in your distress and in your need, would that you might pray also in the fullness of your joy and in your days of abundance.”~ Kahlil Gibran (Tweet this)

“Quiet the mind and the soul will speak.” ~ Ma Jaya Sati Bhagavati (Tweet this)

“If you want to find God, hang out in the space between your thoughts.” ~ Alan Cohen (Tweet this) 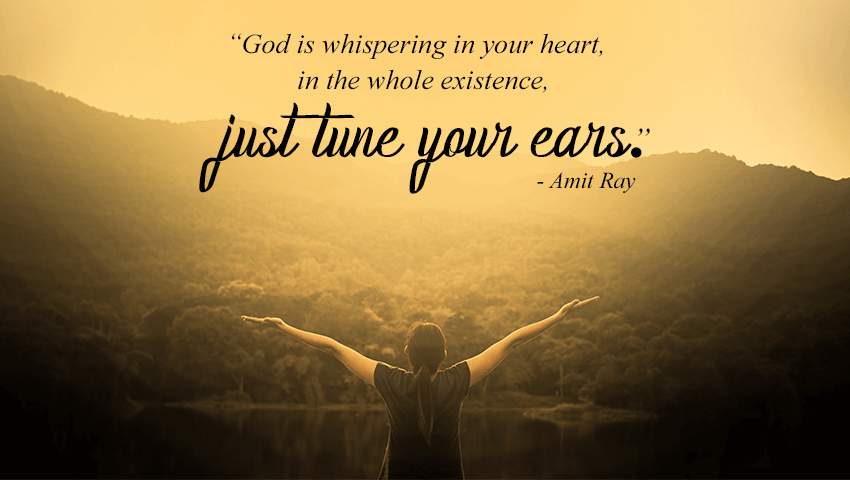 We hope these inspirational spiritual quotes has made you realize your soul over your existential bewilderment and have recharged your minds by giving the positivity that one would want for a more purposeful living.