How To Let Go Of The Past 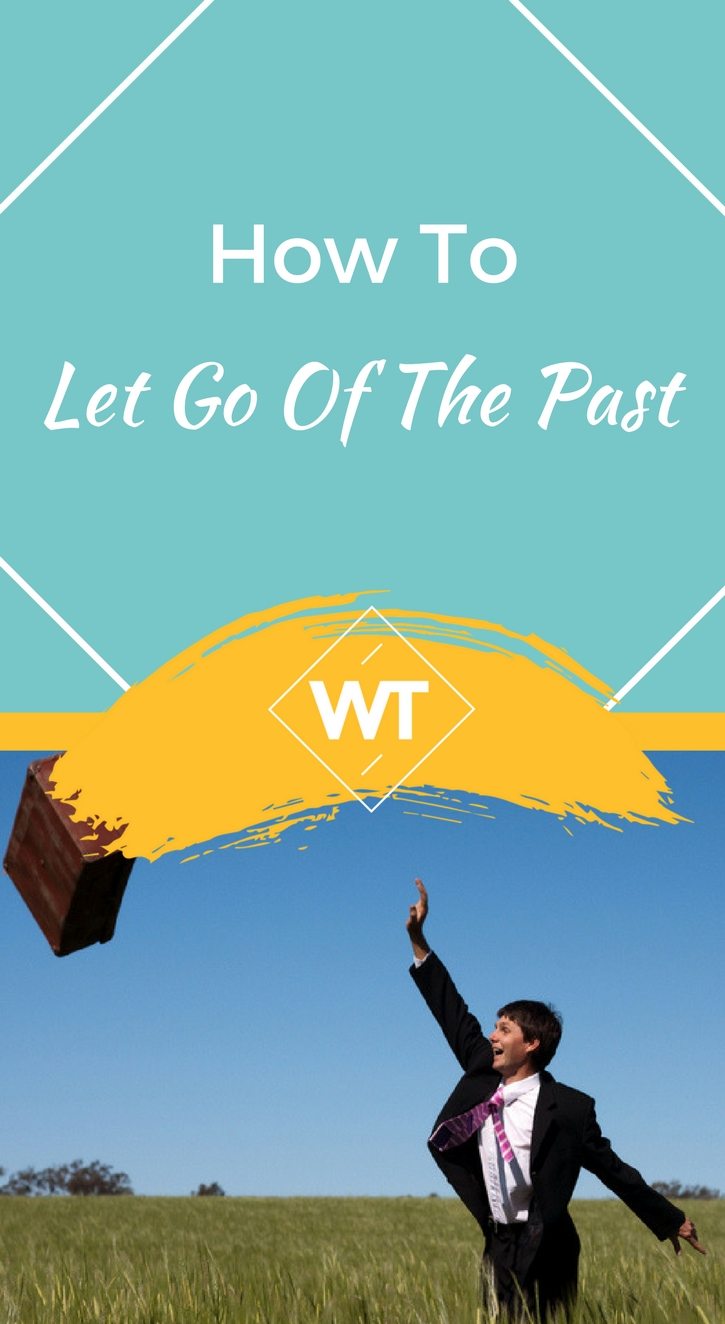 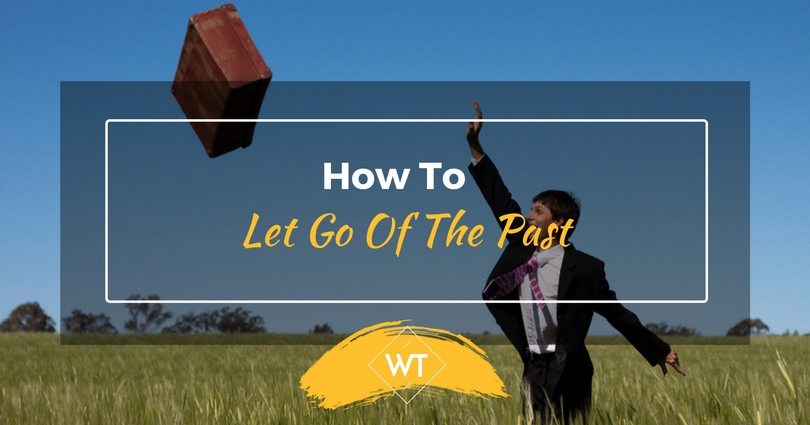 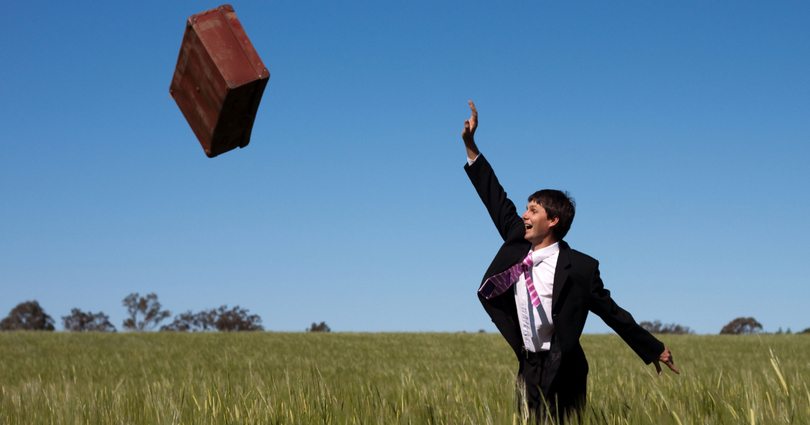 Okay, stop me if you’ve heard this one: A Superhero, the Buddha, Jesus Christ and Captain Kirk all walk into a bar. And while this sounds like the opening to a good joke—who are we kidding, a GREAT joke—it actually leads us to somewhere way more powerful: how to let go of the past and embracing our best selves and our best qualities. Here’s how.

All of these figures have one thing in common. At some point they all admit that things in life, well . . . suck. Just a little bit.

Yet in the same way, they all have taken steps to embrace that reality by learning how to let go of the past and continuing to move forward. In many cases—on second thought in all cases—they have also all become better for those bad times as well. Let’s start with Captain Kirk!

In Star Trek V: The Final Frontier we find out that Spock’s brother is now a cult leader who convinces everyone he comes across that basically their past sucked and that he can free them from their pain and that they should follow him and life will be happy.

Can you already see where this is going? Hi, Jesus.
This is why cult leaders—even the suicide-type cults that sometimes crop up—are so successful. They prey on our perceived weaknesses.

I say perceived though, because they’re not truly our weaknesses. They are the things that make us who we are. In the movie, Kirk tells this guy to basically take a hike. In Kirk’s own words, he says he needs his pain.

The lesson is this. If our aim is to let go of the past, we must first remember and accept that past, so we can at least value the lessons from it—the things that helped to shape us into who we are. Ignore that advice, and you are doomed to repeat every painful step.

Here is the full quote from the movie in all its glory:

Kirk: Damn it, Bones, you’re a doctor. You know that pain and guilt can’t be taken away with a wave of a magic wand. They’re the things we carry with us, the things that make us who we are. If we lose them, we lose ourselves. I don’t want my pain taken away! I need my pain!

And now a more traditional quote:

Those who cannot remember the past are condemned to repeat it. ~ George Santayana (Tweet this)

In the fantastic book, The Tao of Pooh, Benjamin Hoff discusses the nature of life—both the good and the bad—through talks with the perennial favorite children’s character Winnie the Pooh. In this segment they are discussing a famous Chinese religious painting entitled The Vinegar Tasters. In the painting, Buddha wears an unhappy face.

Buddhists believe that life is bitter. That all of our attachments and desires lead to suffering. It is a place filled with traps and illusions, and is a “revolving wheel of pain for all creatures.” Yikes.

For that reason, they teach we must transcend this world—leave it behind, as it were (note: the similarity to “letting go of the past” is not a coincidence here).

What is interesting here—to me and probably to Captain Kirk as well—is that the only happy face in the painting is Lao-tse. This is because Taoists believe differently. They believe that bitterness comes from the mind having the wrong take on things. That we perceive things incorrectly and so we are not happy. We can transcend while we are still here—without needing to leave the earth behind—if we can see things for what they are. They, also, are believers that our life experiences are needed, relevant, helpful things, designed for our own betterment. This is why Lao-tse can taste vinegar and yet perceive it as sweet.

Like the Captain Kirk example, the lesson behind it isn’t wishing that we had never tasted that vinegar, or felt that pain . . . Simply that we better understood its value to us.

Now on to JC, himself, who said, “For all have sinned . . .” Is it just me, or do we seem to be heading down a similar path as those last two examples? This Jesus fellow also has a bit of the same take on things. His idea being: your past, before God, was a sucky one.

Accordingly, therefore, the only path that matters now is the path that you embrace—assuming that path is HIS path, of course. But here again, there is more here about letting go of the past than meets the eye.

In the story of the Prodigal Son, for example, the errant child eventually DOES come home again. And they celebrate him. They actually celebrate him more, in fact, than they celebrate the guy who was faithful all along. These people—at least in the story—are okay to let go of the past. Hey, forgive and forget. That’s my motto!

We also see it again throughout the entire religion, in the idea that once you are “saved” then all is forgiven. But the Prodigal Son story isn’t just about this one guy, it is illustrating the idea that having had a rocky past, makes you more celebrated than those who have never had one.

The takeaway: letting go of the past can still allow you to feel proud of where you are and how far you have come. Which brings me to the most unlikely one in the list: The SuperHero.

In my book, How to Become a SuperHero: The Ultimate Guide to the Ultimate You! I talk about how every SuperHero—all of them—have had a bad start. Each one had a giant disaster or bad day at the start and yet they rose above those problems.

Some of them had their parents killed! Imagine! Some even had their ENTIRE PLANET destroyed or every other member of their race wiped out. But this doesn’t stop them. It spurs them! Letting go of the past? Child’s play! “Embrace it and use it to inspire you,” they say.

In my own life, I look at it like this: the worse off I was in the past—in other words the more terrible of a childhood I had—the better! Why? Because I lived.

I am fine now and I am instead now living the life of my dreams. So the more dramatic and horrible the story of my past, the more glorious and triumphant my current life! It makes me feel that much more awesome!

My origin story, in other words, made me into a great SuperHero! What about you? What does your own origin say about where you ended up? Are you now a hero? Or are you still stuck in your story?

Let go of the past….and move on!

So here is a quick recap. The past isn’t meant to be a burden we carry around. Letting go of the past means, usually, letting go of the guilt surrounding it. Letting go of the limitations we associate with it. For some, the past is a badge of honor they treasure—some wonderful thing they hold dear that inspires them. This is the thing for which we should aspire. Treasure who you are and treasure how you got here today. Love it. Make peace with it.

Let go of the past, embrace the future and be awesome!