How to deal with Generation Gap 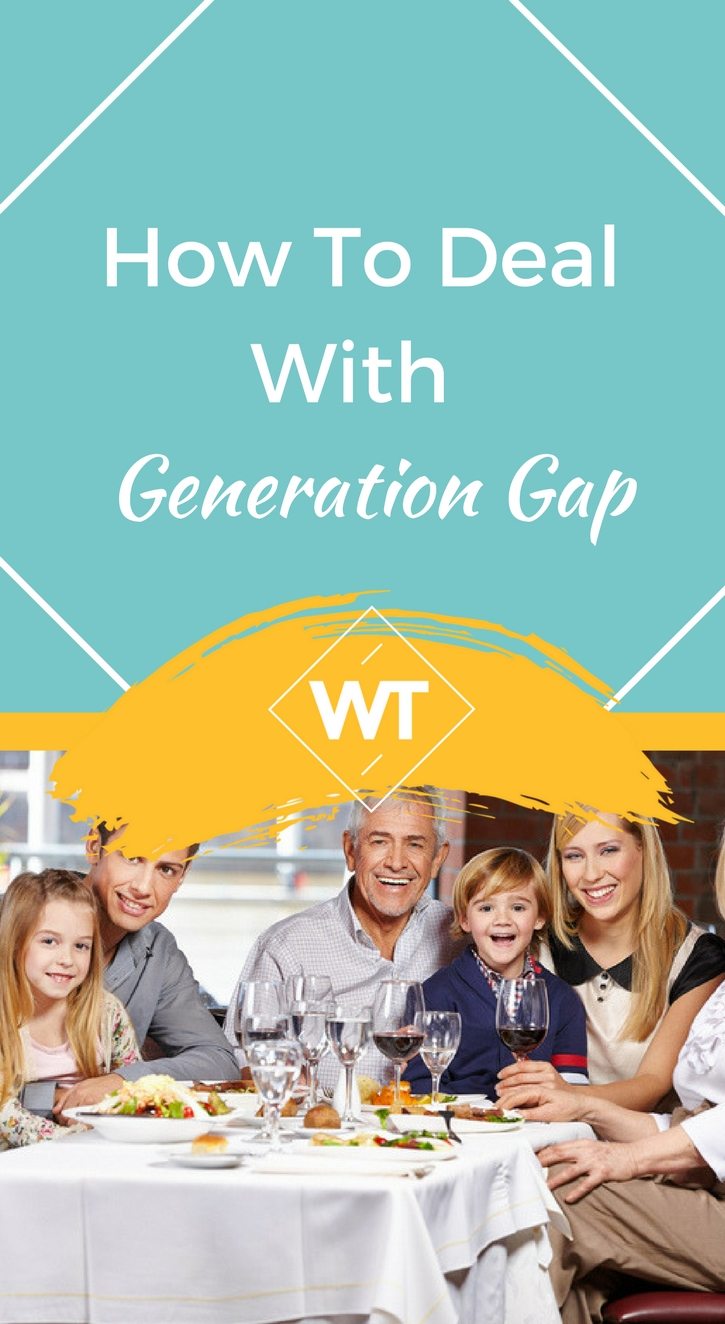 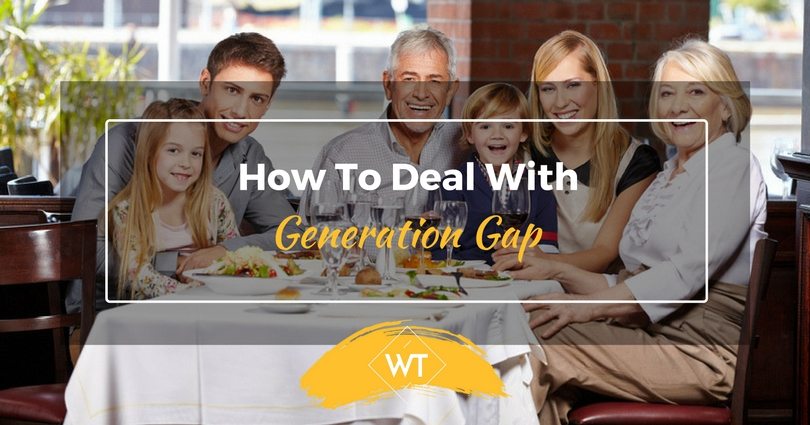 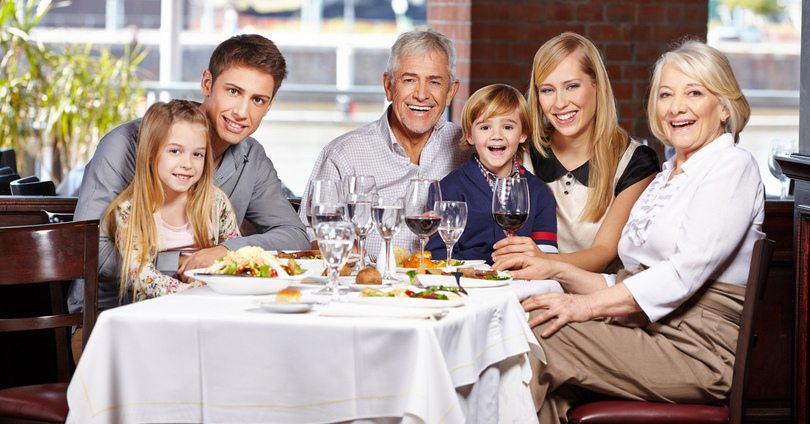 I spent one evening in “Taco Bell” nibbling on Nachos. When I glanced around, I saw teenagers bounding up and down the restaurant ordering for a Taco or Nachos or Quesadilla’s for their parents.

The entire incident made me reflect upon the most famous term “Generation Gap”. A simple incident like “An evening in Taco Bell” can bring out this difference so glaringly, I never imagined.

There are a multitude of reasons for generation gap:

My friend Shantha used to go out for movies with her boyfriend without telling her mother. Her idea was that it was not wrong to enjoy a movie with someone whom you want to spend your life, whereas her mother thought it was seriously wrong to go out with someone before marriage.

When her mother came to know, she beckoned me home to sort out things with Shantha. I was playing mediator between the two generations at a time when both had mental blocks about the other person’s thoughts. It is better to agree to disagree on any subject but respect the other person’s wishes.

Some time back, I met my cousin after a gap of 10 years. We were quite fond of movies at one point and would watch all movies in town. She asked me excitedly, did you watch ZNMD? Transformers? Inception? Don2? Ra-One? No. No. No. All I had watched was Puss in Boots, Tintin and My friend Ganesha.

Somewhere my priorities changed and I just got outdated with movies and songs.

It is important to keep in touch with your own interests before being the sacrificial lamb and putting yourself on a guillotine.

My mom wants to learn facebook and she asks me everyday how to do it. The moment I tell her click here, she says she’s got something on the stove that is terribly important and that she will learn it later. I would say that she has at least conquered one step in that she wants to learn.

Most people don’t want to accept change. Be it in lifestyle or in technology.

Times are changing. While my parents learnt their alphabets on a slate, we learnt it in a book and the next generation learns it on an ipad or on educomp.

My mother terms educomp as a money making device, I wonder whether it is really required and my daughter loves educomp classes. More often than not, it takes time for us to shake a leg and by then the technology is so advanced that we are often outdated.

Social networking is a good example. Most parents are now onto social networking just to monitor their kids more than anything else. So, how to parents who are computer illiterates cope with this?

While all the above reasons relate to the generation above, this is one very good reason that boils down to the younger generation. I hate drinking but very often agree that its very nice to have a good drink along with company. My values don’t agree with drinking, but I very often shelve this aside to agree to drinking colleagues.

It is very difficult especially for teenagers to uphold values inculcated in us over peer pressure.

How to overcome generation gap?

The first and foremost thing is effective communication without the fear of rejection. This needs to come from both ends. The generation below needs to put forth their ideas and the generation above should accept that without getting too judgmental.

It is important to spend good quality time as a family to encourage familial ties and to help understand the changing ideas and ongoing events in each other’s lives.

It is important to bond with not only kids, but to know their friends and society to a certain extent. My in-laws are absolutely comfortable playing bowling with us.

As I mentioned before, it’s perfectly fine to disagree, but we should at least agree to disagree and respect each other’s opinions on this matter. So, though I may be vary of educomp, I need to understand that my daughter loves it and it’s a very effective way of driving home certain facts.

It is more a matter of laziness and resistance rather than anything else to move that butt and get to learn something new. Somehow the lethargy post exams remain through the rest of our lives.

It is just a matter of making up our mind to learn new things rather than actually learning it. Afterall the brain is as ready as we make it to be.

Obviously, in order to attain all the above, we need to manage our time better.

Generation gaps are something that all of us usually face in everyday life. With a little effort, we can easily conquer this gap and ensure a happy and prosperous relationship. It might not be very difficult to enjoy a Wii with your kid or watch a classic black and weight with the younger generation.