What You Need To Know About Decision Making And Commitment 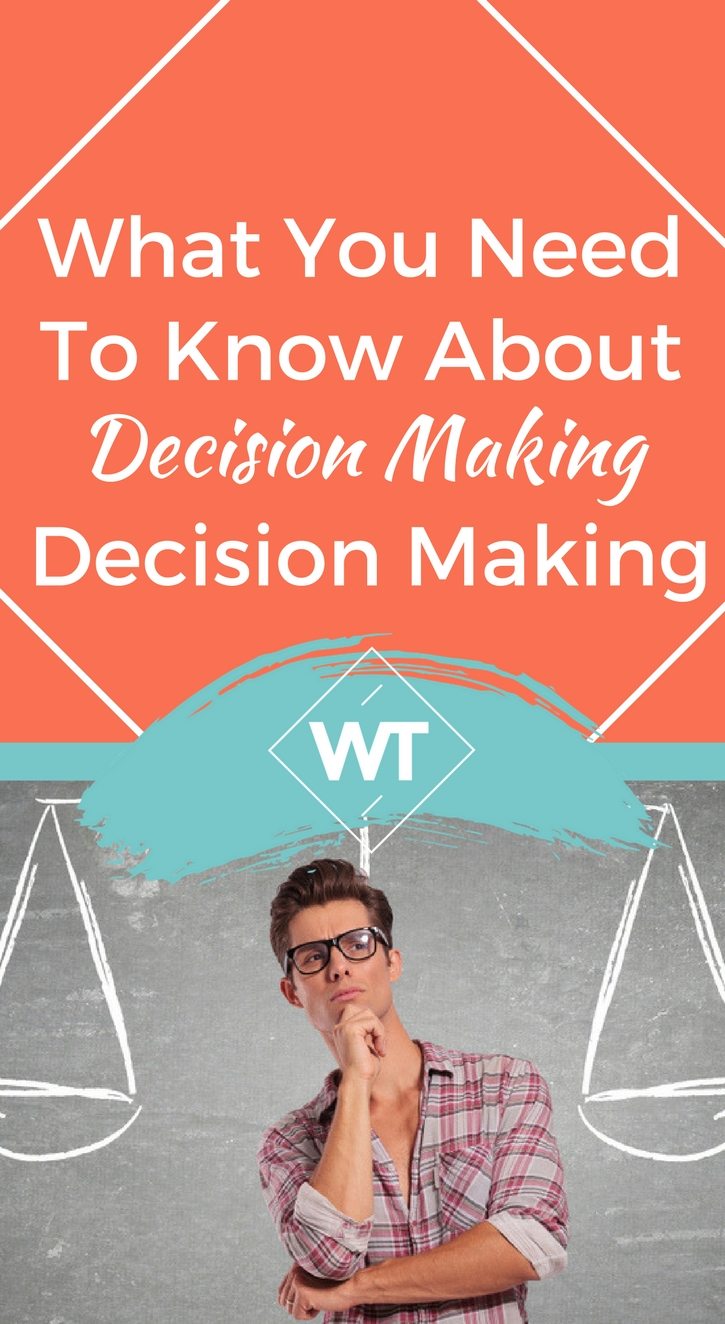 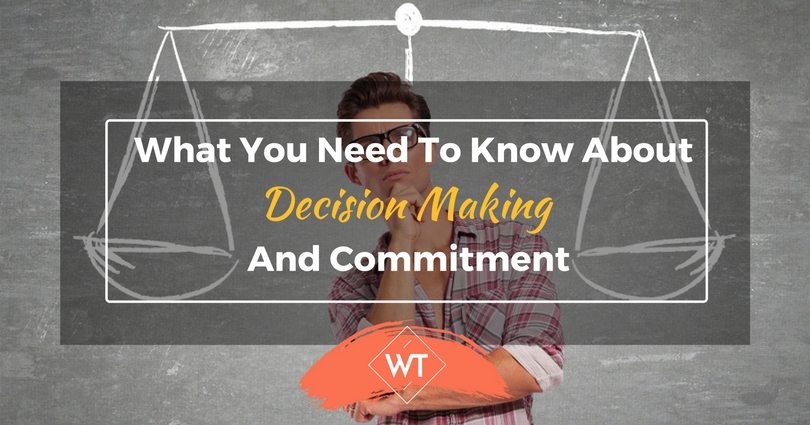 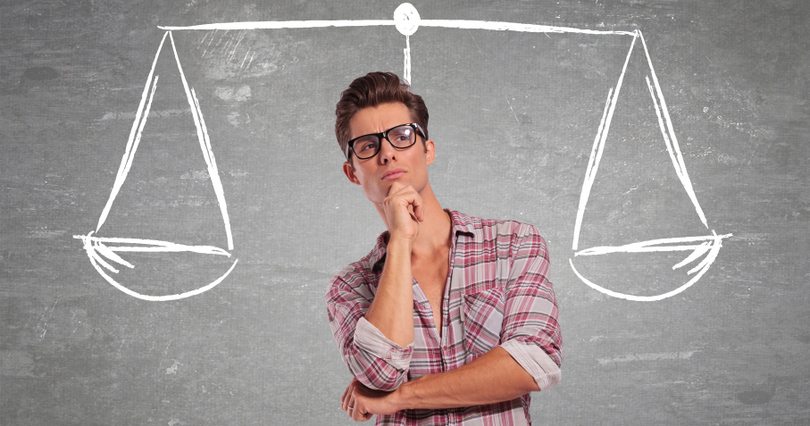 Decision making (as a skill in its own right) may not be high up on your list of things to improve, but what if it meant the difference between a life unfulfilled vs having the life of your dreams? You’d want to be good at it, wouldn’t you? Indeed, this happened to me.

Most of us look at decision making in the past tense. When we pore back over our lives (and with that, the choices we have made) we see either this or that and in our hindsight we can label our feelings about it. As it goes, that isn’t a bad way to do it, because as Socrates has told us, “the unexamined life is not worth living.” But if that’s the only way you touch base with your own decision making, you might be missing out.

What do I mean? Well, let’s start off with a quote:

Instead, I simply chose something. It wasn’t even something amazing. But it was, at least, something. And honestly, that has made all the difference. It literally changed my life, but it did so, because I changed my life. Up until that point my decision making had only been reactive.

Life would throw me the ball and only then would I decide—usually at the last minute—if I was going to get hit, to catch it, to drop it, or to ignore it. You know what never happened? I never hit it out of the park. I was always reactive. Home run hitters are made by the work they put in every day. You know what they call that? Decision making!

It happens when a ballplayer says, “I will do everything in my power to be the very best.” And then they align their actions with their ideals, and it is only then that they gain your applause. As Tony Robbins has said, “people are rewarded in public for what they’ve practiced for years in private.” Had those ballplayers never chosen to be the best—and then practiced—they would have never gained the rewards.

The way this works for you, is that you can simply decide what to do (of course in advance), and then go from there. Let’s use a different quote (this time from Will Smith) to drive this point home.

There’s a redemptive power that making a choice has. Rather than feeling like you’re an effect of all the things that are happening, make a choice. Just decide what it’s gonna be, who you’re gonna be, how you are going to do it. Just decide. And from that point, the universe will get out of your way. ~ Will Smith (Tweet this)

So now that you understand the why behind decision making in advance, let’s talk about how. The first step in Will Smith’s example is to “just decide.” In other words you literally just say, “I will be, or do, or have, or see, or experience, _____________.”

Now here is the key to this whole thing. What difference can this one sentence make in your life? Well, the answer to that depends on what you now go and do with it. As has been said before,

An idea not coupled with action will never get any bigger than the brain cell it occupied. Arnold H. Glasow (Tweet this)

Sure, we have all heard that one, right? But while I like this quote, I don’t completely agree with it. Here is why. In A Course in Miracles we learn that, “every minute and every second, and each moment of decision is a judgment that is anything but ineffectual. Its effects will follow automatically until the decision is changed.”

Did you see the key word there? Automatically. The effects will follow automatically until you change your decision.

I like this interpretation much more, and it also happens to fit with The Law of Attraction as well. They say that once you truly commit, things happen. Will Smith said the same thing, above.

So why do we fail then, if our effects are immediate? Because the second part of both quotes says that it works until we go and undo it with a contrary decision. Unfortunately, that is all too common. I’m talking to you, New Year’s Resolutions!

You need this because the performance of daily actions towards our dream will keep us from undoing it with a contrary decision. The moment you wake up one morning and decide that it didn’t mean as much to you as you once thought, you have made a different decision about what that dream now means to you. And you have not only changed the outcome, you have also begun those effects that happen immediately and which will continue until you change your decision again.

If you think about the many, many conflicting decisions you have made in your life, you will see why you are not yet at the highest point of your existence. This is where our daily efforts can help to keep us focused, though our hard work is not what is required for our success (we need only the original decision making and the resulting commitment).

What would be more effective for us, is to instead use our decision making skills—just decide something, as we have said—and then move our entire life in that direction. This is where resolve and success go hand-in-hand. Once you decide, you must commit. Truly commit. Then you will achieve.

Commitment does take practice. For now, it is enough to know that if you do your decision making in advance, you will at least have somewhere to aim. Here is an example.

Many people send their ships into the open ocean, not really knowing where they wish to go, simply believing that they will reach safe harbor some day, but think for a moment about how few ports there really are compared to how much open ocean there is out there. It kinda makes you want to have a plan. Step one of that plan was decision making.

Step two is the commitment phase. Let’s use an example from real life. I recently told my wife one of the scariest secrets I could ever tell. I was extremely frightened of the results because I didn’t know what would happen once I said it. There would be no taking it back at that point. Yet tell her I did.

I wanted it. But I didn’t want to fail at it. Frankly I am still worried about that now. But I know I have to try. I was afraid to tell her because if I failed in reaching my goal, I believed that would mean that I, myself, was a failure. And no man wants to admit that to his wife, the mother of his child.

Telling her was only the beginning of my commitment phase however. Can you see how this isn’t the same as the decision making? I had already decided it in my mind. I had to now commit. But even that isn’t the end though . . . from here, I still have to align my actions with my ideals.

This means more than just reading up on the subject—although I do that part constantly. I am always engaged in study. It also means I will have to now write more books. Yes, I have written others, but now I have to write spiritually. I have to live my truth, in other words. I also have to encourage others to rise—to find their own truth.

I am excited about this, but I was unsure about telling my wife. Why? Is it because she doesn’t believe in me? No. As it turns out, she thinks it is a great idea and when she told me that, I felt the Universe had blessed me to reach for my dream. So no, that wasn’t the issue.

I was afraid of my own decision making because this was a real sign that once I committed to that decision, I had to start enrolling others. I knew I would have to tell others what my dream was. It’s like when you open a business, you don’t only tell your wife. You tell everyone! Why is that scary for me? Because this would mean that, all over again, I have to face the idea that someone may think I am a failure. This for me was where my fear arose. It’s like being in 7th grade all over again!

I now have to start telling others that this is my goal because then these people will help hold me accountable for it. They will also help strengthen the idea for me. You have heard that a candle loses nothing by lighting another candle, and this is true. But do you know what the candle gains? Strength. The light has become strengthened because it was shared.

This is why we have been counseled that in order to have it all, we must give it all.  This is also true not only of our light (and our candles) but also of our thoughts and our ideas because we, as beings, are only made up of the stuff of the Universe and nothing more. We are of the thoughts of God. Indeed everything around us is intangible and science is only now catching up to that fact. We are vibration. We are wavelengths. We are ether in essence.

Because we are thoughts, then we, too, become stronger when we share our light. This happens because when you share an idea, the idea gains strength—both in your own mind, and in the mind of another. Eventually our thoughts join together and become a movement and it is then that we can change the thoughts of the world. But all of this must begin with our enrolling those around us in our dreams.

Decision making that means, is only the beginning. It is our ensuing commitment to that decision that will grant us our dreams.