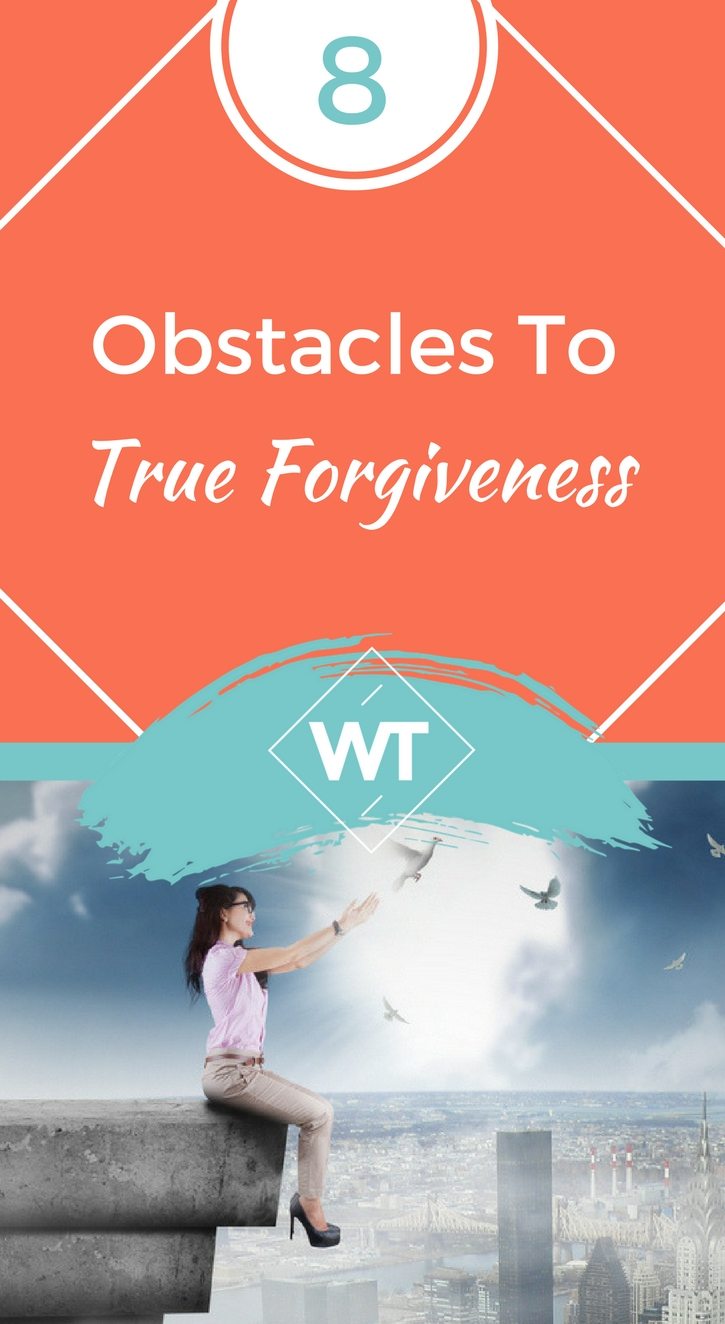 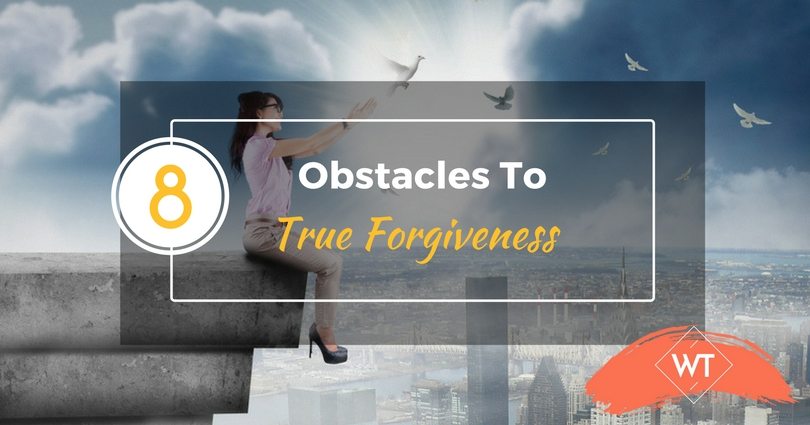 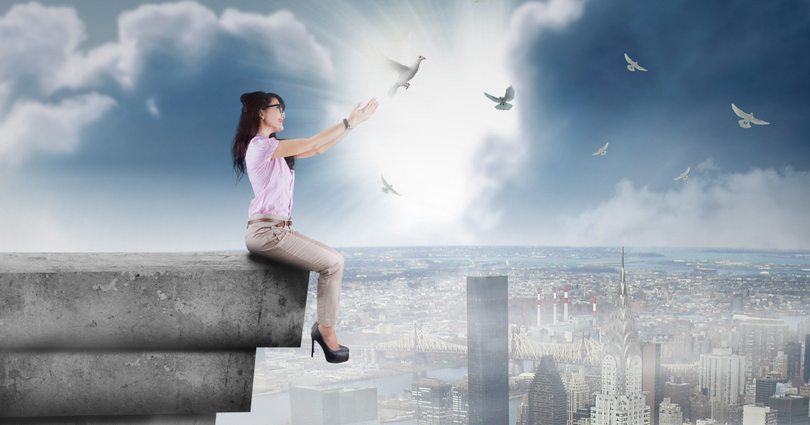 True forgiveness brings us freedom, happiness, abundance and many other great things but it is not always the easiest thing for us to do. There are internal obstacles to forgiving others that you will have to overcome if you truly want to be free from your attachment to them. These obstacles are subtle and yet they can cause us to hold onto pain far longer than we need to.

1. Release any guilt about your un-forgiveness

Too many people beat themselves up for not being forgiving enough. Rather than seeing forgiveness as something that they do to free themselves, they see it as something that they should do and attach a whole bunch of guilt to it. t is one of the reasons that you will not even be aware of the other obstacles in the first place. It in itself is an obstacle to true forgiveness. We all make mistakes on the path of  true forgiveness. They key to being more forgiving may be greater forgiveness of you.

The weak can never forgive. Forgiveness is the attribute of the strong. ~ Mahatma Gandhi

2. Release the part of you that wants to stay a victim

When you forgive others you are healing your own wounds and yet the victim within often does not want the healing. Unhealed anger embeds itself in the cells of our body and festers away until it is released. Jane was a young woman who found that she returned often to thoughts about her ex boyfriend and was consumed with anger towards him, anger that he had found happiness elsewhere. She was making herself a victim of his rejection.

The thing was that the anger was hurting her not him. He may not have given two hoots about her feelings. Attending to her own healing, feeling the anger deeply and letting it go might have taken her time, but it lead to authentic healing for her. She has released herself from victim hood.

Forgiveness is not always easy. At times, it feels more painful than the wound we suffered, to forgive the one that inflicted it. And yet, there is no peace without forgiveness. ~ Marianne Williamson (Tweet this)

3. Give yourself time to heal, but put in the effort

Contrary to the popular belief, time does not heal all wounds. It is the personal will power to end your own suffering that allows you to heal. True forgiveness may take some time to be felt fully, but it will not come without the effort. Too many people have died with resentment in their hearts for events that happened years ago.

One man lived the life of an alcoholic because he was angry at his mother for having killed his dog when he was a child. Rather than confronting her with his feelings he kept the peace by numbing his pain with the alcohol. The passing of time healed nothing for him.

Thinking that you will feel better if you simply ignore the pain is not true. It will be there until the light of truth has been cast upon it, and that only comes with the intention to heal.

4. Let go of the need to see the other person suffer or to seek revenge against them

When another has hurt you you may come face to face with your personal desire for revenge and the desire for justice. Feel it and don’t judge it, but know that acting upon it will only cause you more problems. Wishing that they would suffer as you have will only perpetuate the misery of both of you.

The person who has hurt you maliciously is not truly happy, even if it appears that they might be so on the surface. Sure they may have all the accouterments of modern society, but at some level there is awareness that it is not enough to make them happy.

The most powerful thing you can do for your enemy is forgive them and pray for their true happiness. On the journey to getting there they will have to face up to what they have done.

You absolutely need to stand up to people if it will help you and others in the future. Coming from a place of vengeance and anger serves nobody, but speaking up with a forgiving heart changes everything. Many revolutions were fought by people who were angry and refused to forgive those who they saw as their oppressors. When those people then came into power they became just as bad as the people they replaced, sometimes worse. They had built up anger, resentment and mistrust and sought to control others.

Nelson Mandela is one of the best examples of a person who chose forgiveness and lead from that place. He is remembered by millions as a great leader because of his personal effort to forgive and to stand up for what was right.

6. Let go of the need to control the other person.  Surrender, let go and allow divine justice to unfold

Many people believe that if they forgive a person who has hurt them that they are letting that person off the hook for what they have done. The laws of nature will make sure that they will be held accountable; there is no need for you to take on the role of arbitrator.

To truly forgive another you need to truly let go of the need for any particular outcome for them at all.

If you want to guarantee that outcome you cannot truly forgive, a bit of you will always hold back waiting for that condition to arrive. And if by chance you do see them meet a bad fate, be aware of your response to it. If you take any pleasure in their pain then chances are you have not yet truly forgiven.

7. Forgive at the vibrational level, not the intellectual

You may believe that you have already forgiven someone but your lingering resentment is obvious to those around you. Listen to the input from others; they may see something you do not.

There are many layers to healing the wounds inflicted upon us by others and we may have to go deep into ourselves to truly forgive. We often fool ourselves into thinking that we have forgiven someone when we only really did it at the intellectual level. This is a surface kind of forgiveness that does not actual feel into the pain that wants to heal.

In order for forgiveness to be lasting and true it needs to happen at a vibrational level. When you feel into the pain and focus compassion and forgiveness upon it, you heal at the vibrational level.  If you think of the person that hurt you, or the situation they are involved with, and you still feel some kind of pain, there is still an attachment. Continue to ask yourself “Who/what do I need to forgive in order to be free?”

8. Allow yourself to experience the freedom that comes with true forgiveness

To forgive is to set a prisoner free and discover that the prisoner was you. ~ Lewis B.Smedes (Tweet this)

Ask most people in the world and they will say that they want freedom, but many times people will choose staying angry at another over freedom for themselves. They do not even equate forgiveness with freedom. As long as we don’t forgive another we are attached to them and cannot be free, but with the desire for freedom we can muster up incredible strength. Remember that this is why you forgive and you will find that you can do it in even the most challenging of circumstances, provided you value your freedom enough.

Our freedom is a choice and  true forgiveness is the gateway to it! Matthew Ashdown, with fellow GratiDude, Brad Morris, launched the Gratitude Dance video in 2007 and enjoyed co-hosting the VoiceAmerica.com radio show "Manifesting Awesomeness". His Masters degree in Aerospace engineering helps him combine his passion for science and exploration of the outer world with his exploration of the inner world.