6 Limiting Beliefs Holding You Back From Your True Potential 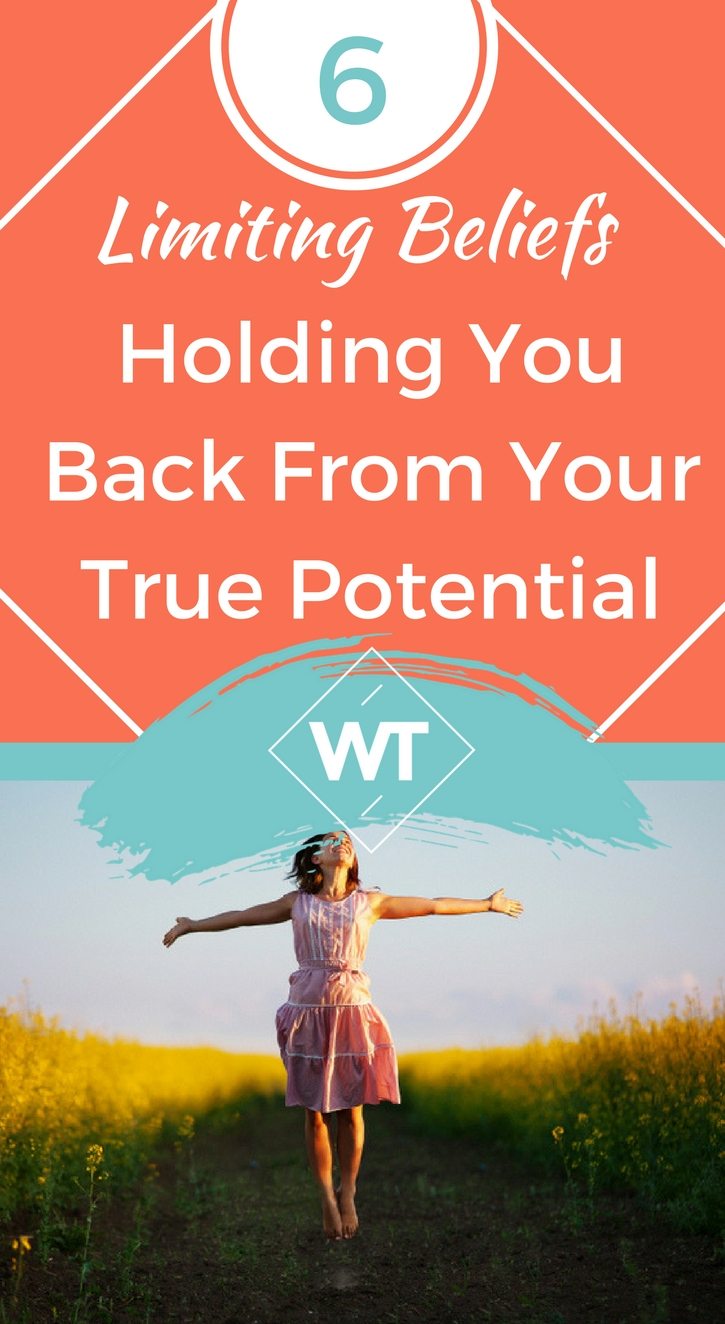 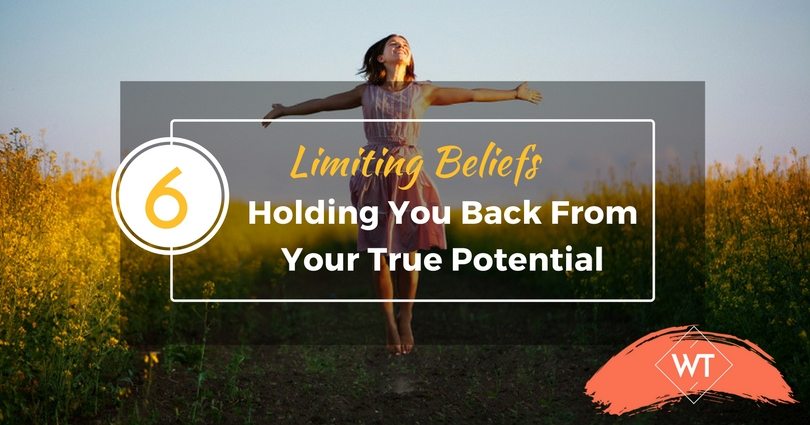 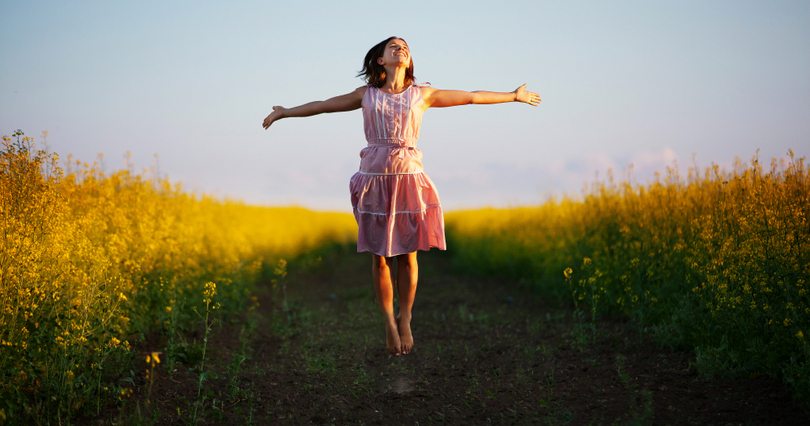 Upon this little word, belief hang all your sorrows and joy. ~ James Allen (Tweet this)

Can I be honest with you a second? Not that ‘I want to tell you the truth as a friend’ kind of honest. More the, ‘this is an intervention and I’m not going to let you out of this room until you get it’ type of honest. See, you’re in a cycle of self-destruction. You want to be successful. But you’re doing everything in your power to make sure that’s never happens. How?

Because you always find a reason it shouldn’t. You could have a cure for cancer and you still would find a reason that it wasn’t the right time or that you don’t know enough yet. And you’re wasting all that incredible power you have. It’s not entirely your fault though. You’ve trained yourself to think that way. You tell yourself the story that something else is the problem over and over again until you believe it.

These thoughts are called limiting beliefs. And they’re the biggest threat to your success ever. The best part though ….You have the power to change them.

In this article I’m going to show you how to change your limiting beliefs. Here’s how it’s going to work:

How does that sound? By the end of this article I promise you’ll have a fool proof solution to each limiting beliefs.

Who said? This limiting belief is the most common limiting beliefs I have ever come across. Yet it’s one of the biggest lies you will ever tell yourself. At its root this is the fear of failure. It’s not that you can’t do it. It’s that you’re scared that you might fall flat on your face if you try.

But so what? Everyone fails at some point. If you don’t try something new your life can never change. Which is a much scarier thought than failure. If you truly don’t think you can do something, make it so easy you can’t fail.

For example, if you want to quit smoking don’t go cold turkey. If you smoke 20 a day now, smoke 19 tomorrow. You could do that without even trying. You can do it. You just need to take that first, tiny step.

You will never feel like you know enough. This limiting belief is a lie because it’s really the fear of taking action. The truth is you won’t ever know enough. But knowing everything isn’t the goal. Knowing more than the people you’re talking to is.

If you’re passionate to start a project on something you’re passionate about: a book, a blog, a business, a website or a YouTube Channel – you already know enough to start. So take some action. Take that first step despite how much you think you know.  Because as long as you know more than the average Joe, you’ll be fine.

If you run a business this belief is on your mind all the time. But honestly? You don’t know what someone can afford. Unless you have a breakdown of their monthly expenses you can’t possibly know. You’re guessing. And you probably guessed wrong.

Recently, I’d been over-thinking about how much to bill a client for a book he wanted me to write. My rates had just changed so it was going to be the most I had ever billed someone (over $1000). It was scary to write the quote. It was scarier to submit. And every minute I waited for a response I screamed, “James, you idiot, that was far too much!”,in my head.

His response?………“Oh, is that all? That’s far less than I expected. Let’s get started next week”.

You can look at this in two different ways:

What you’re really scared of here is rejection. That someone might not want you’re selling. But guess what? You’ve got food you need to put on the table. So that’s not a worry you can entertain.

Value your time. Value your product. Value yourself. Each no is one step closer to a yes, and someone who can afford it.

You’re reading this blog post right now, aren’t you? That tells me that you do actually have spare time. That not every single minute of your day is taken up with something important. Spare time that could be spent on something important to you.

How many times do you do these each day?

I can bet the answer is probably, ‘Quite a lot’. In fact, the average person can save 40 minutes a day by not checking their Facebook feed. Again this is the fear of taking action rearing its ugly head. It’s just a new disguise. If time really is an issue try using the Beat The Frog method.

Put that important task you’ve been putting off: reading, writing, marketing, cold calling – you name it – to the beginning of your day. Make it the first thing you do. You’ll suddenly realise you have a lot more time than you think. And you’ll be thankful of the results you get.

This is going to suck to hear. But, there is no right time. Deep down you know it too. There are, of course, bad times to start things. If you’re laid up in bed with Pneumonia, now probably isn’t the right time to commit to starting a new business.

But you’re not, are you?

If you look at the economy right now it’s a bad time to start a business. Yet, Instagram (launched two years after the recession started) sold for $1 billion dollars. It’s also the era where books like: The Lean Start-Up and The $100 Start Up have become best sellers.

Time is one of those things you have no control over. You’re just scared about what’s going to happen when you start. That you might fail. People might not like what you’re doing.

That you might not even like what you’re doing.But instead of waiting for the wind to blow in the right direction make a start and take action. Get it going now. Forget about the limiting beliefs,because the right time will never come and this will be another regret to add to your list.

Neil Gaiman is a world famous author. He’s been on the Bestseller lists for everything from comic books to poems and novels. In his commencement speech at the University of the Arts, he let something slip. He spent his entire career thinking a man, with a clipboard, was going to knock on his door and cart him off to a real job, in a real office doing real work.

That he would never get away with what he was doing: “Making stuff up and writing it down”, it doesn’t matter who you are then. Whether you’re a world famous author or a bedroom marketer from Ohio: you will never think you’re good enough.

And that’s a good thing. Because when you think you’re good enough. That you’re entitled to something. That’s when you truly start to fail. Always strive to learn more. Always strive to do better. Always be remember there is someone out there who is better than you are.

But never let it stop you from doing what it is that you need to do.So, challenge your limiting beliefs and change your lifestyle!