The Top 10 Vegetables High In Protein 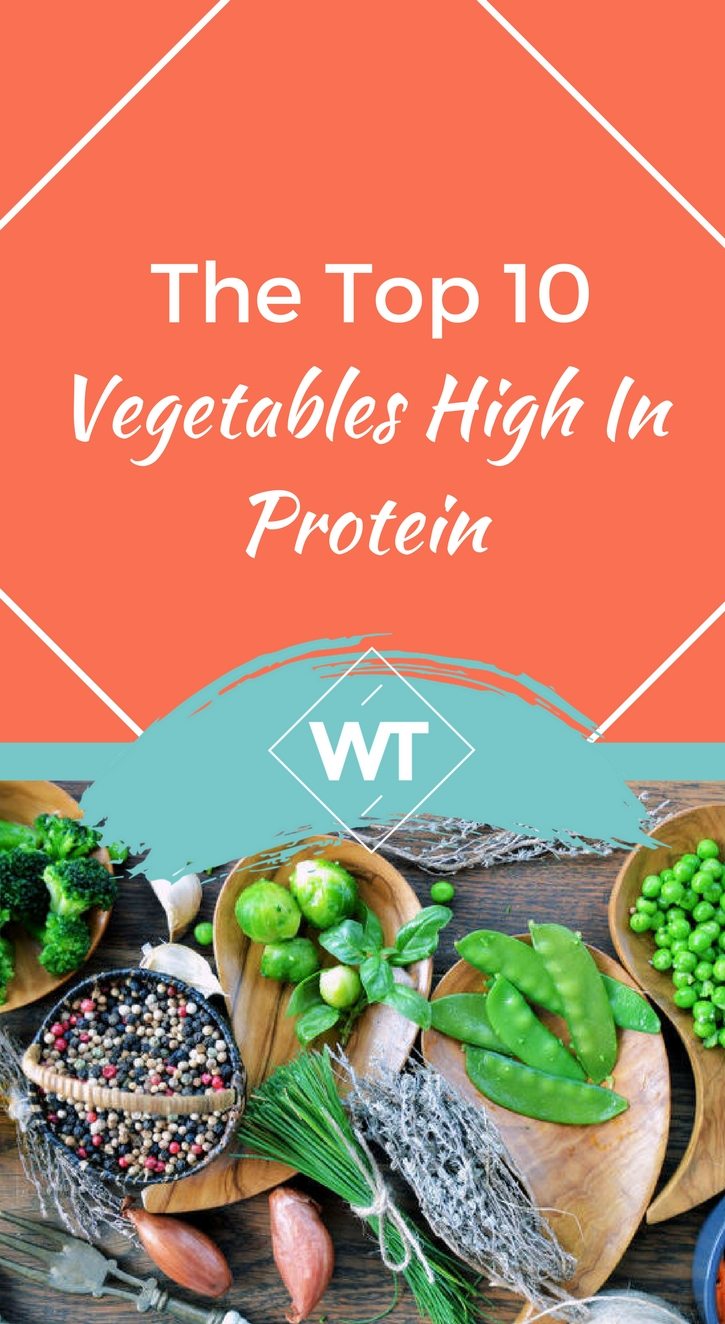 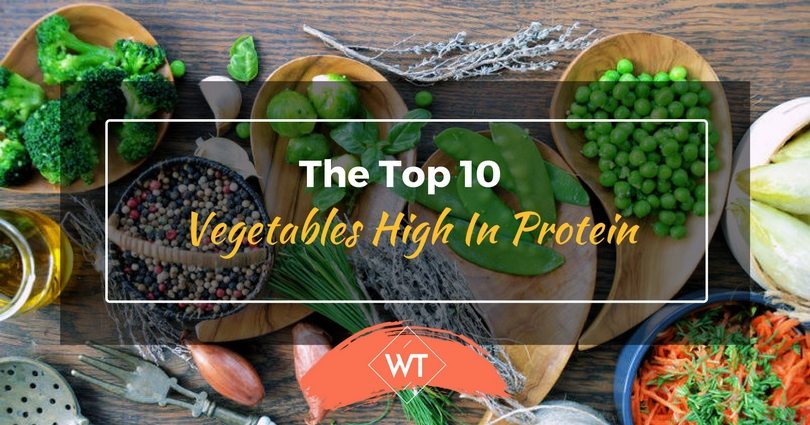 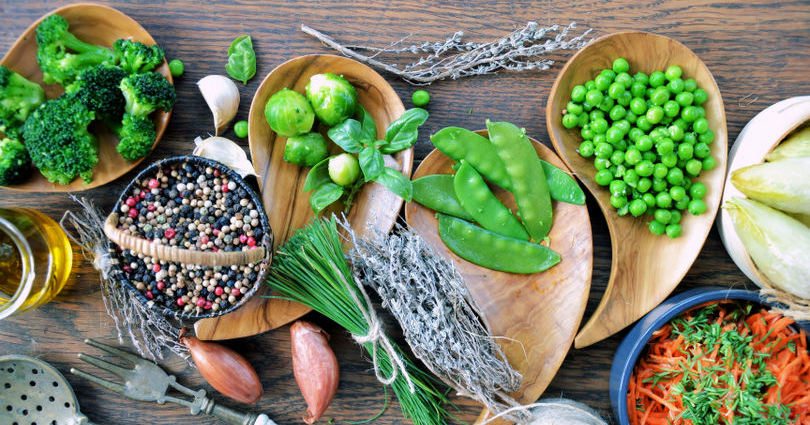 Vegetables are the most underestimated super food on planet earth. In a world of dietary controversy, vegetables are the one universal food everyone can agree on. They are mineral-rich, loaded with anti-aging antioxidants, vitamins and even protein! There are plenty of vegetables high in protein. You just need to learn to look beyond the meat!

If there were one universal dietary recommendation that works for everyone, it would be to eat mostly plants. Ideally, roughly 80% of everyone’s diet would consist of these vibrant and intelligent foods.

Here are the top 10 vegetables high in protein Mother Earth offers us:

Whether you’re on a vegan/vegetarian diet or generally just concerned about getting enough protein, the vegetables listed here are all vegetables high in protein and will be of value to all your dietary needs. Try adding more of these detoxifying and nourishing vegetables to your diet and watch your energy increase as well as any excess weight melt away.

On top of the list of vegetables high in protein we have sprouts. Sprouts are exceptional sources of protein as well as enzymes and micronutrients. They are pure living foods. Best of all, there are many different types of fresh sprouts that you can grow in your own home with ease. For many people, they are one of the only foods people will consume fresh from the source—unless you’re a gardener.

Sprouts are perfect on salads, as a beneficial upgrade to sandwiches, and as a beautiful garnish for soups. Some different types of sprouts you can look for are broccoli, pea, alfalfa, radish and sunflower sprouts.

Most of us know that spinach is a king super food, but not many know that it’s also a great source of protein and amino acids as well! Maybe that’s how Popeye got those great arms! This leafy green is also packed with vitamin A, iron, phytonutrients, antioxidants and the polyphenols responsible for its rich green color.

Because spinach is a cruciferous vegetable, it’s best to be lightly steamed before consumption to make it more digestible. Steam it just long enough until it becomes more vibrant in color.

Kale gets a lot of talk as one of the healthiest greens around; however, collard greens actually take first place in the ORAC scale. Though they’ve been around for quite some time, they’re still one of the healthiest choices of vegetables in town. Collard greens are the epitome of a superfood—they are rich in antioxidants (the top antioxidant for rich, leafy greens) and come with a healthy dose of plant-based protein.

Lightly steam them whole and you have a wonderful alternative to a burrito or sandwich wrap. You can also chop them up to have as a salad, or give them a quick steam and blend into a savory green soup smoothie with avocado, spices and sea salt.

If you’ve never tried broccoli raab then you’re missing out. It’s similar to broccoli but with a bit more crunch. And like broccoli, it happens to be a wonderful source of plant protein. In addition to protein, broccoli raab is high in fiber, minerals and antioxidants that fight against free radical damage. Again, as a cruciferous veggie, broccoli raab contains goitrogens and oxalic acid that can make it hard to digest in its raw state. Best to lightly cook it or even better, ferment it into a delicious, probiotic-rich, cultured vegetable recipe!

When’s the last time you had your peas? Just because you may have not liked them as a kid, doesn’t mean you won’t today! This wonderful vegetable is actually a wonderful source of protein. Pea pods are best fresh from the garden and make an amazing stir-fry with some shiitake mushrooms, bell peppers and a miso dressing. They are also one of the highest sources of vegetable protein.

Yes, seaweeds are vegetables too! Though they are not as commonly consumed as the rest of the veggies here on this list, they are probably the most nutrient dense of all. Dulse, also known as Palmaria Palmate, for example, is a type of red seaweed that is very rich in protein.

The protein content of this sea vegetable ranges between 9-25% per gram (depending on where it is sourced). It has a similar amino acid profile to most legumes, containing valuable amino acids like leucine, valine and methionine. You will find that seaweeds harvested during the winter season have the most protein.

This particular seaweed is absolutely delicious too and can be eaten raw. Some say it tastes similar to bacon! Add it to salads or just eat out of the bag for a mineral rich, protein-packed beauty food.

We see a trend here of cruciferous vegetables as most of them are all great protein sources! Brussels sprouts aren’t just a good source of protein; they have anti-cancer and anti-inflammatory properties! This may be another one of those vegetables though that raises childhood distastes though.

But try roasting them with some grass-fed ghee, rosemary and sprinkle with quality sea salt and I promise you a delicious side dish! Fortunately, since childhood, my taste buds have evolved!

There are a number of ways to eat an artichoke. They can be steamed then blended into creamy soups or roasted with aromatic spices. They also come in a variety of shapes and sizes; some heirloom artichokes are purple and contain anti-aging polyphenols known as anthocyanin.

Start adding more artichokes to your meals and you won’t just be getting adequate amounts of protein, they also happen to help the gallbladder produce healthy bile, which means better digestion.

I promise this veggie does more than make urine smell funny (it does so because it’s a powerful diuretic that aids the kidneys in detoxification)! It also happens to be a good source of protein.

Mung beans are a popular food in Ayurvedic recipes; however, they can also be sprouted and transformed into an entirely new food. The sprouting process activates enzymes, vitamin C and also makes nutrients and amino acids in the bean more bio available.
One cup of sprouted mung beans contains ample amounts of vitamins K and C as well as zinc and folate, making them great for detoxification and immunity. They also contain lecithin, which may lower cholesterol. They are probably most commonly added to stir fry but are also great additions to salads and quinoa-based dishes.