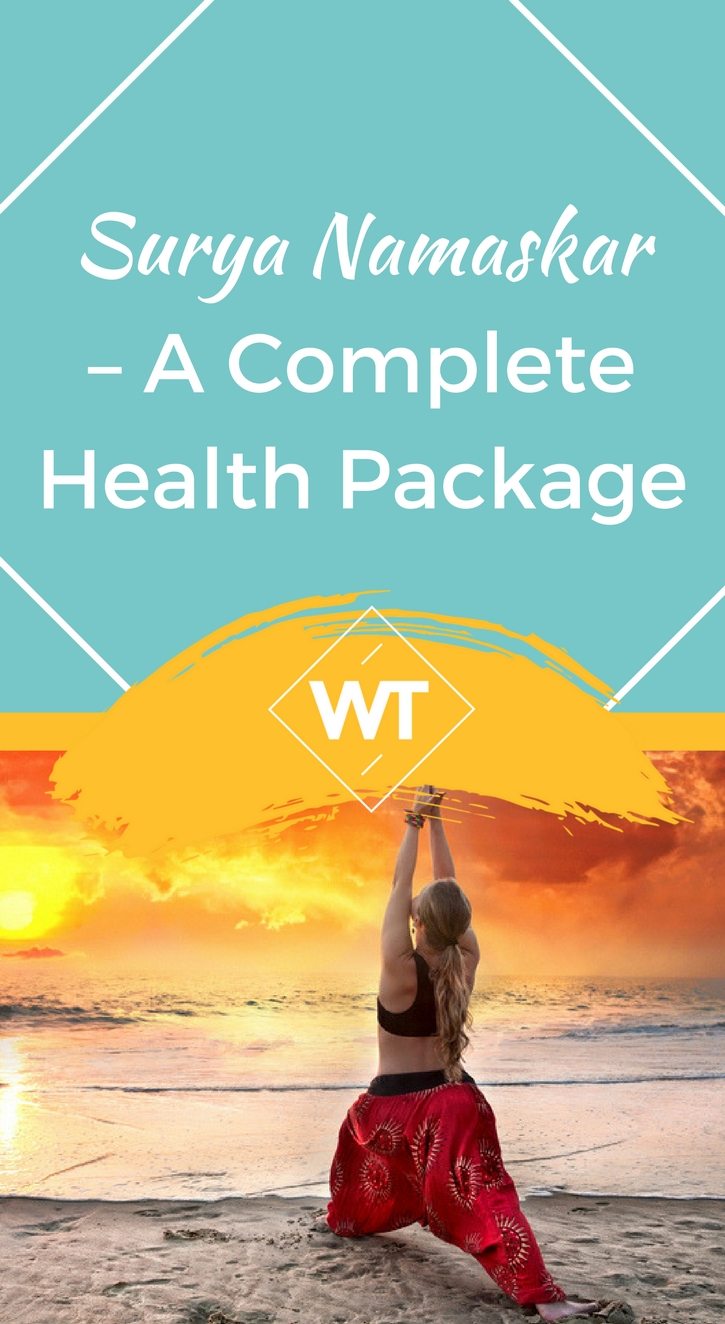 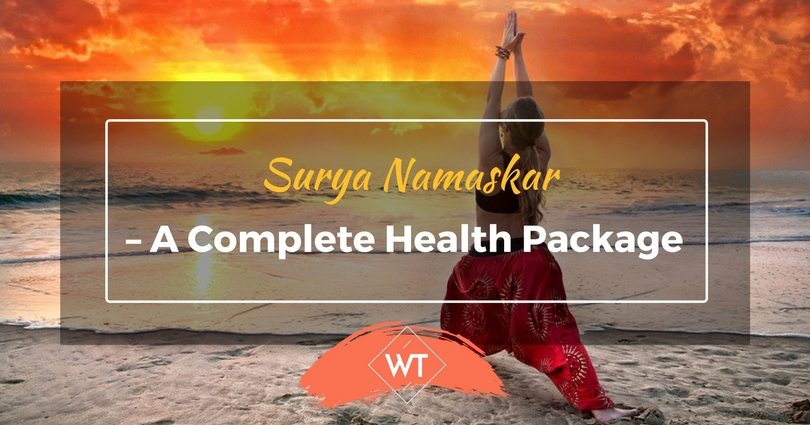 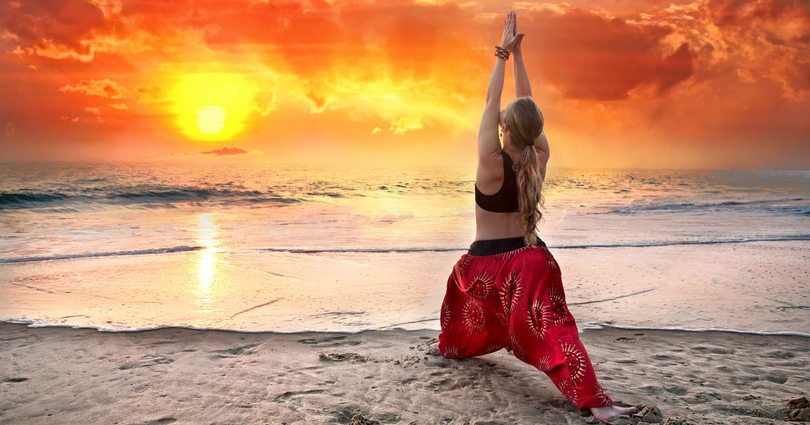 Surya namaskar, is a set of complete yogic exercises. For the uninitiated, Surya namaskar is a series of yogic postures, usually twelve in number, which are done one after another in a definite series most often in the early hours of the morning.

It is a complete exercise of the mind and body, akin to a power-packed yoga capsule, which helps to exercise almost all the muscles in the body.

Not just the physical aspect, it is a great way to calm ones nerves too. While the most ideal time to do this exercise are the morning hours—hence the name surya namaskar, that is, paying obeisance/salutation to the sun—this exercise can also be done in the evenings.

The best time is when one has some time and can spare a few minutes in silence doing the exercise. Personally, since my mornings are so hurried, I prefer to practice surya namaskar in the evenings, and I end up feeling totally relaxed and refreshed.

Depending upon one’s proficiency, one can either do it fast or slow. The essential aspect is to get each of the asanas right. When the asanas are done correctly it is only then that the benefits can be reaped by the practice—both physically and mentally.

Unlike other forms of exercise, yoga is considered to be a more holistic form and one cannot divorce the mental aspect from the physical.

The twelve postures are as follows:

#1. Pranamasana: This is the first asana one begins the practice with, mostly accompanied with the rendering of Aum word (for beginners). The more advanced practitioners have different mantras (can be a group of words or just a sound) before each asana/pose. Exhale in this pose.

#2. Hasta Uttanasana: this is the second pose, wherein one inhales

As you must have realized by now, breathing plays a very important role while doing the exercise.

#6. Ashtanga Namaskara: sixth pose, wherein the practitioner does not inhale or exhale. One just holds their breath in this pose. For beginners it would be a few seconds, for the more experienced they will be able to hold on for one or two minutes or even more.

#8. Adho Mukha Svanasana: eighth pose and similar to the fifth one. Exhale here.

#12. Pranamasana: last pose, which is similar to the first one. Exhale here.

The best way to learn is from a certified yoga teacher, because many times a wrong pose can do more harm than good. A few warm-ups and a few rounds of surya namaskar and I can assure you, you are a great way towards keeping trim and healthy. 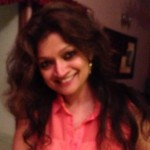 Nishi Roy is business writer by profession. What she loves most is being able to delve a little deeper into situations and people and share her understanding through her writing voice