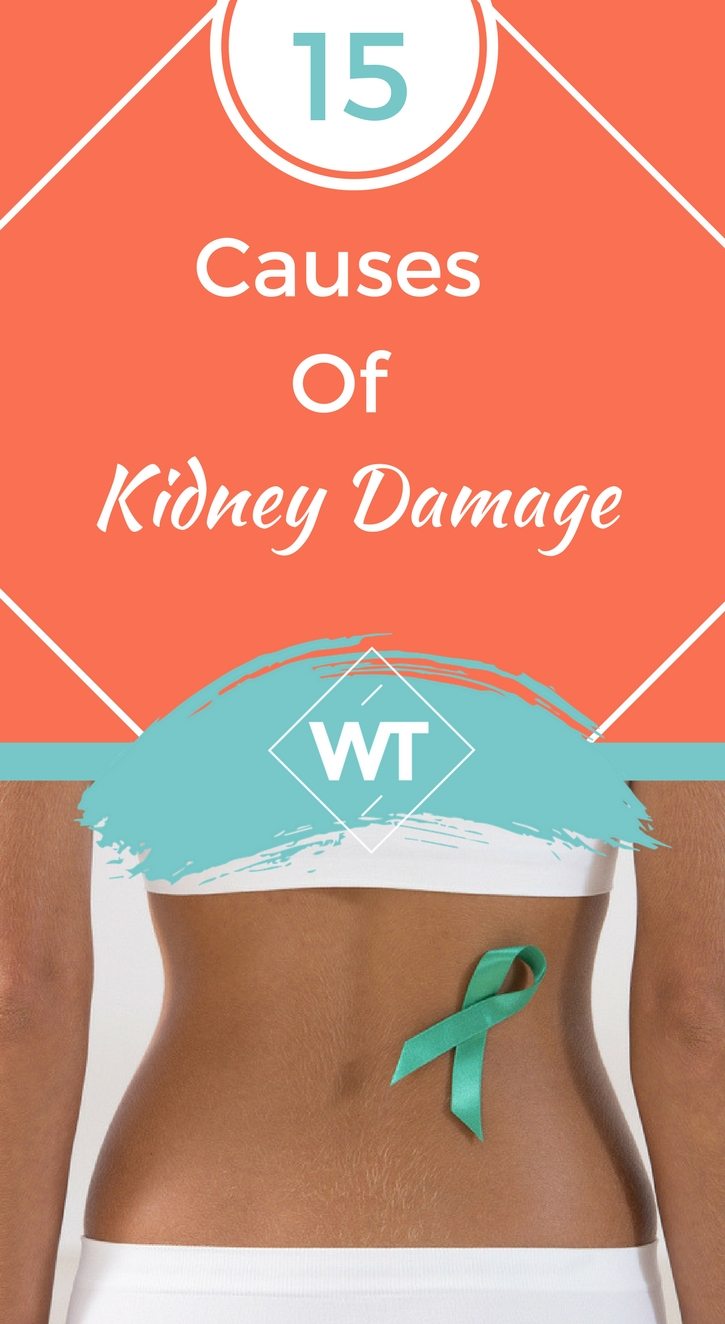 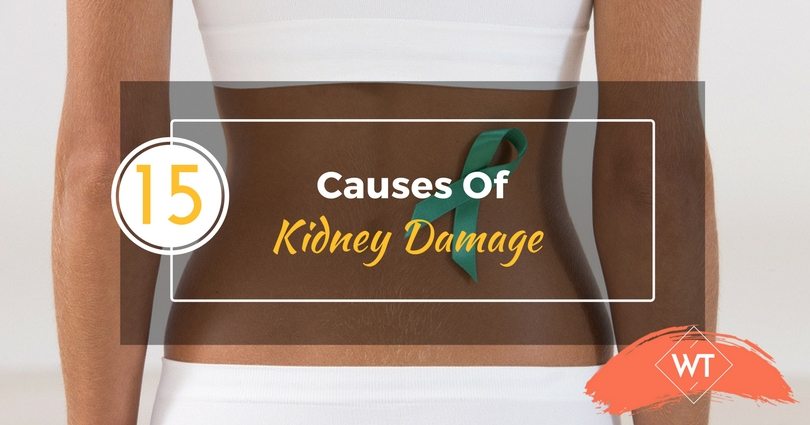 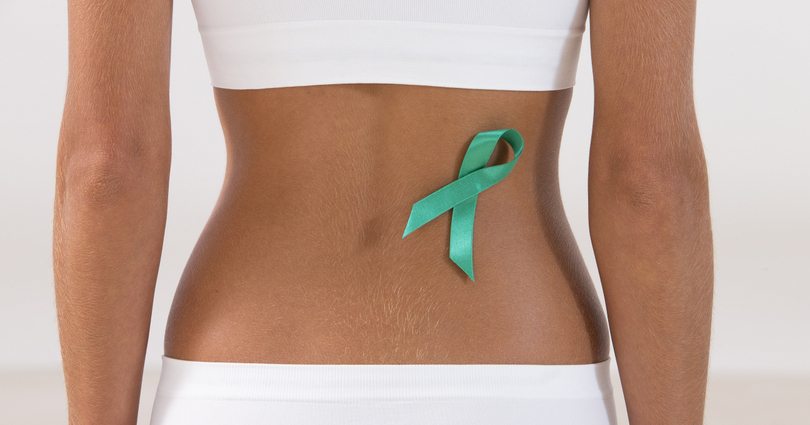 Kidney disease is something that affects 26 million adults in the United States. Anyone can develop kidney disease, it is not specific to gender, race or color—it happens to those who live lifestyles not in accordance with the way nature intended.

The kidneys play a major role in detoxification, they filter wastes out of watery substances in the body—which make up about 65% of our bodies, including blood and urine. They also manage our blood pressure.

Kidney disease means that the kidneys are not functioning properly. When they do not function properly they fail to filter the blood. This can result in toxic blood as wastes build up in the body. If the body becomes accumulated with toxic waste, it can become vulnerable to many other diseases.

As with most disease, kidney damage happens over the course of time often due to poor lifestyle choices such as bad diet, poor eating habits, excess stress, too little sleep and so on.

Due to an overly toxic modern world and stressful lifestyles, kidney damage is an emergent problem. While anyone is subject to kidney damage, the risk factors are even higher in those with:

Also, generally speaking, as we age we are more likely to develop disease. People over 60 are more inclined to kidney problems (so all the more reason to life properly and treat the body with care now).

Many people with kidney problems live their lives without knowing it. The reason is because many ignore the subtle signals that the body sends when in distress. What we know of as symptoms are really the body’s way of communicating with us. On top of that, many of the ways we live in the modern world have become culturally acceptable, though they have major negative impacts on our health.

Here are 15 causes of kidney damage to consider:

If we wish to keep the body functioning it’s best that the kidneys be properly cared for. And as the saying goes, “an ounce of prevention is worth a pound of cure.” Keeping the kidneys healthy starts with finding the cause of kidney damage and removing these factors from our lifestyles.

The consumption of medications—both prescription and over-the-counter drugs—are incredibly damaging for the kidneys. Be particularly cautious of taking any Non-Steroidal Anti-Inflammatory Drugs (NSAIDs) and prescription painkillers. Also, over-the-counter drugs that contain ibuprofen, naproxen or acetaminophen have damaging effects on the tissue of the kidneys. They cause the blood vessels to shrink in the kidneys. Lastly, any form of medical diuretic is best avoided as they cause major stress and dehydration by depleting the kidneys of water.

Most of us think of cigarettes as harmful only to the lungs; however, the body is very connected. Smoking cigarettes also increases protein in the urine, which puts a burden on the kidneys. Studies suggest that heavy cigarette smoking increases the risk of chronic kidney disease overall, particularly in diabetics. (1)

Refined sugar and fructose are exceptionally damaging for the kidneys. Refined sugar is pure acid in the body. When we eat refined sugar, we are taking in an excess of sweet stuff that the kidneys have to filter. If our food is too sweet, it can place a heavy burden on the kidneys to produce insulin so we do not die!

While sugar doesn’t directly damage the kidneys, over time, it weakens them. This can cause or worsen metabolic disorders like diabetes, which is one of the major causes of chronic kidney disease. Sugar is probably one of the worst things for our kidneys next to chronic emotional stress like fear, anxiety and worry. (2)

Many of the dyes used in medical techniques such as CT scans, x-rays and angiograms have serious implications on the kidneys. There is evidence of that these harsh, toxic dyes can cause Acute Kidney Injury, and sudden decrease in kidney function.

If you must have a medical procedure that uses these dyes, then insist on less toxic or diluted dyes, to protect your kidneys, it’s your health that is on the line and you do not have to settle. And as always, seek alternative holistic health care when possible. These practitioners do not use any toxic substances in their practices.

Mercury or amalgam fillings have been linked to kidney problems. The basis is that mercury is very toxic to the body and correlated with many mental disorders. Because the teeth are directly connected to the blood stream and the kidneys filter the blood, it’s common sense the kidneys would be affected.

A recently published study found that people with mercury fillings had urinary mercury concentrations over four times that of those without, and were significantly more likely to have kidney and memory disorders. Many holistic practitioners advise strongly against mercury fillings and advocate having them removed. This can be a very tricky procedure so seek professionals and trusted holistic dentists before deciding.

Making sure the blood pressure is balanced is important for kidney health. The kidneys are directly correlated to blood pressure health. Managing healthy weight via a whole foods diet, and adequate exercise will greatly help with regulating blood pressure—which will in-turn help protect your kidneys.

Some of the healthiest cultures consume animal meat; however, it is consumed from healthy animals in moderation. On the other hand, most meat today is commercially raised and sick. These animals are poorly treated, causing them to become sick and then fed drugs to mask the illness.

An unhealthy animal means unhealthy meat. Consuming this means we take in all the toxins in that meat and our kidneys have to process it. This damages our kidneys big time, especially considering all of the medication-sourced toxins in the flesh of these animals. Also, animal protein metabolism produces acidic residue in the body, so it’s essential to eat animal meat in moderation.

While each person has a different metabolic type, requiring different types and ratios of food, it’s important to pair all animal flesh with alkaline vegetables. Otherwise, an acidic environment in the body can pull calcium and other mineral from the bones, in attempt to rebalance the pH of the blood, which can strain the kidneys. Uric acid—a byproduct of high-purine foods such as meat, seafood and fish—causes kidney stones and calcium oxalate stones, due to an increase in the amount of calcium excreted in urine.

Many people eat foods they are allergic or intolerant to, and do not even know it. An allergic reaction in the body can create an immune response—placing an extra burden on the kidneys. Avoid any foods that you may feel you are intolerant or allergic to.

Signs of food allergies are sometimes subtle, such as sinus problems, itching or brain fog, while others are more notable like constipation, bloating, and diarrhea. If you don’t know for sure, you can get a food allergy test done by a functional-medicine doctor.

Studies are beginning to show the obvious—that these laboratory experimentations of food are not fit for man. They produce a toxic state in the liver and kidneys. If you don’t know how to identify GMOs just consider that most if not all processed foods contain genetically modified ingredients. Also, while not all, most conventional produce is genetically modified. To be sure, buy organic and local produce when possible and be sure to skip out on packaged and processed food. (3)

Though these low-calorie, sugar-free sweeteners declare their benefits in weight management they actually are horrible for the human body, especially the kidneys. A few different studies have established the connection between the consumption of artificial sweeteners and insulin resistance, type 2 diabetes, and poor glucose regulation. All of which are signs of poorly-functioning kidneys and major causes of kidney disease. (4)(5)

Amongst the many processed foods that are damaging to our health, energy drinks take the cake. Not only are most of them loaded with refined sugar and artificial sweeteners, they are high in phosphates, which have detrimental effects on the blood vessels in the kidneys. This is one of the major reasons they are known to cause kidney stones. Not to mention, the combination of sugar and caffeine is a highly destructive for the adrenal glands, which are connected to the kidneys. (6)

Over consumption of dairy products (which contain animal proteins), increases the excretion of calcium in the urine, which has been associated with a higher risk of developing kidney stones.

As mentioned, caffeine—especially when paired with sugar—can do great harm to the adrenals and kidneys. However, caffeine is also found in coffee, tea, and even some foods like chocolate, which in excess can create too much heat in the body.

This excess amount of blood flow increases blood pressure can create stress on the kidneys. There is research that shows moderate amounts of caffeine can actually reduce the likelihood of kidney stones though. Just be sure when consuming caffeine that it is free of sugar and not to over do it! Also, keep in mind that each person metabolizes caffeine differently, so let your body be your guide. (7)

Oxalates are naturally-occurring substances found in plant foods like spinach, nuts, legumes and even chocolate. They are organic acids that are also made inside the body so they are natural and are usually not of concern. However, if the body isn’t functioning properly, such as in the case of diabetes, the body might not efficiently dispel oxalates, leading to problems such as calcium oxalate stones (kidney stones).

People who are gluten intolerant show a higher tendency of kidney damage. At basic, anyone who is intolerant to gluten is not digesting gluten properly. If a food is not digested properly then it can become a breeding ground for bad bacteria in the intestinal tract. This can create a toxic environment in the colon, which then has to be handled by the kidneys eventually.

If you are having trouble digesting gluten or any other difficult-to-digest food, try removing it from the diet until digestive strength is regenerated. Also, keep in mind that most gluten in the U.S is hybridized and/or genetically modified. It is usually not prepared properly either; it is typically refined making it even more damaging to the digestive system. Instead, try gluten-free grains and be sure to soak and sprout them before consuming for easier digestion, thereby protecting the kidneys down the line.