How To Run A Lean Startup And Succeed 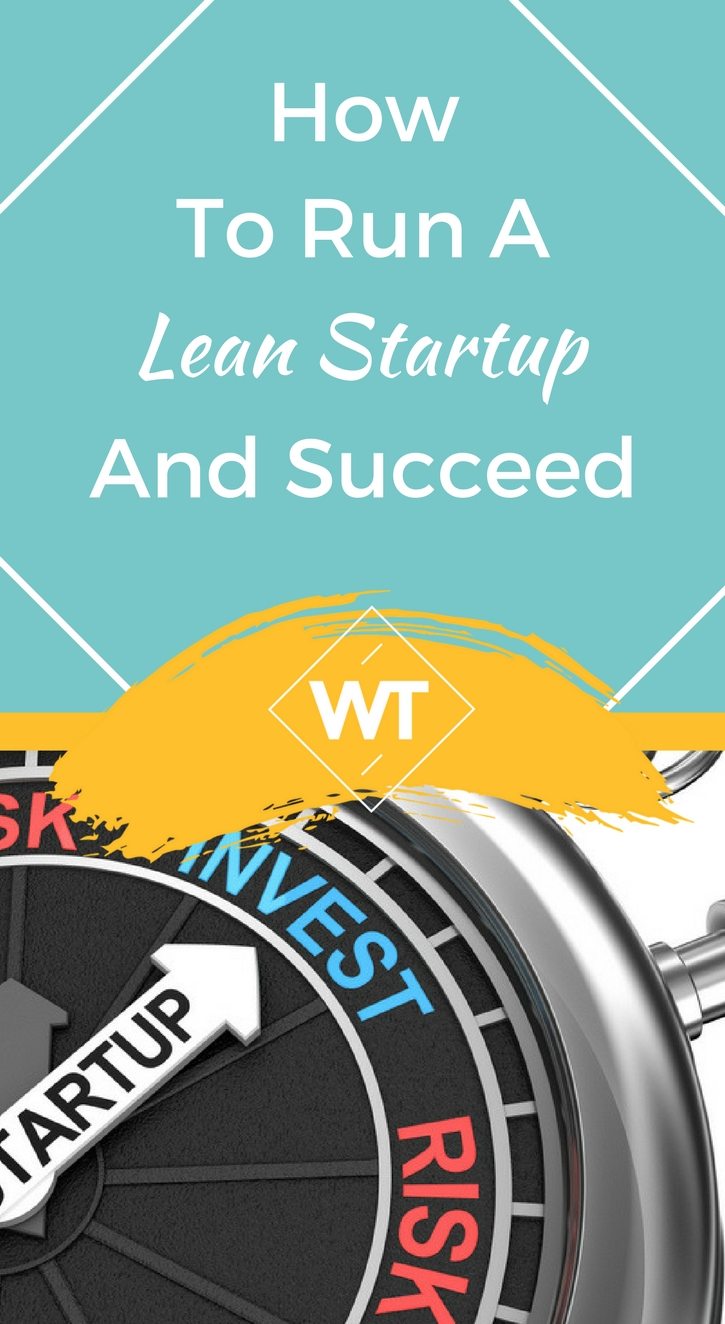 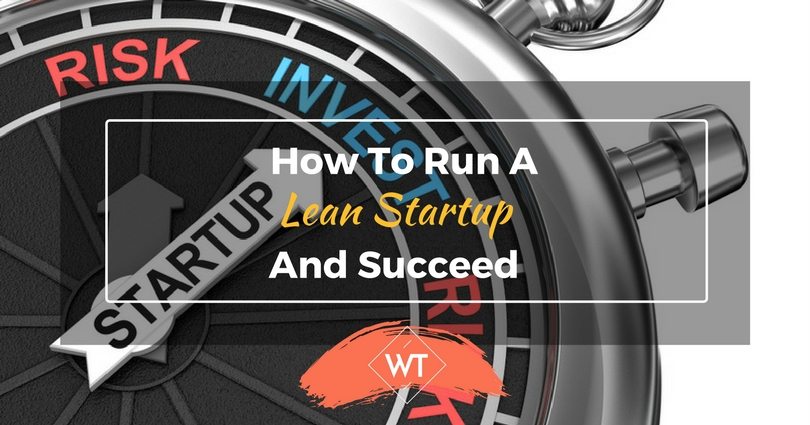 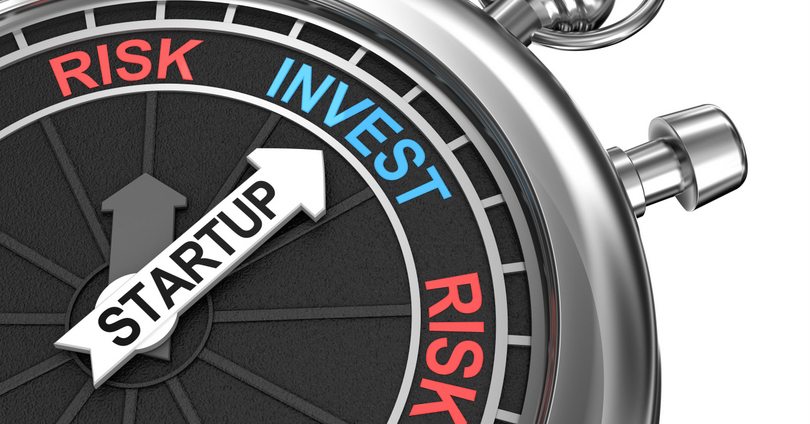 The Lean Startup methodology was created by Eric Reis and first proposed in 2011 with the launch of his book. Reis created a method of developing businesses and products based on his experience working in, and then developing, several U.S. startups.

Reis believes that several startups either fail or spend a lot time spinning their wheels precisely because they develop a product and fail to test it along the way. They spend years creating and developing a product they think their audience wants, only to launch to lackluster results. Some well-known companies you may be aware of underwent this methodology.

For example, back in the early days of Zappos, the founders simply purchased shoes as needed from local shoe retailers, instead of stocking their own inventory. This is the complete opposite of what used to be done and it allowed Zappos to test and build as they went along.

The Lean Startup’s entire purpose is to avoid having new businesses fly by the seat of their pants. While this vision of entrepreneurship has been romanticized, the reality is that it’s unrealistic and downright irresponsible.

The reality is startups do need a plan. They need to identify their market, identify their market’s needs, formulate a concept accordingly, figure out how they will distribute a product, define what partnerships look like and essentially have an idea of what a functioning business looks like.

It’s far too often that entrepreneurs jump on ideas without having thought them through. Lean Startup encourages entrepreneurs to sit with their entire teams and define some things before they even think about moving to the next step.

Startups are usually romanticized as drastic, risky situations where nothing is certain and the idea could ultimately fail. By using the Lean Startup methodology startups can avoid this.

Rather than guessing what your market wants and creating a product that way, you test your ideas along the way and gather feedback. By doing this you significantly reduce the “uncertainty” that typically comes with startup culture. You can do this by surveying your market, doing concept testing or even a beta run through. The point is to not create a product from your perspective, but rather to test your product and refine it according to the feedback you receive.

By engaging your customers you’re no longer building a product blindly. They are telling you what they want, what works, and what needs to be improved. This method is far more cost-effective because you avoid launching a product that won’t sell.

3. Hold yourself and your team accountable

One of the many reasons startups fail is because they haven’t set up any metrics to measure progress.

This holds entrepreneurs and their teams accountable and allows them to see what’s working and what’s not. After all, what gets measured gets improved. This is a twofold approach.

First, you have to define some metrics for the product itself at it’s different stages. What metrics would mean it’s a viable product? What results would you need to see in order to determine there’s a market need?

Second, you need to set some metrics for your team. What do you need to see in terms of output? How are you going to measure progress?

Perhaps one of the most popular, and simultaneously misunderstood, concepts of the Lean Startup methodology is the idea of “pivoting.”

A pivot is defined as a structured course correction designed to test a new hypothesis about a product or business model. In other words, you’ve tested a product and have gotten some lackluster feedback. Rather than going through with a launch and hoping for the best, you revise the product, correct it and test it again. And in some cases, you may need to scrap the idea all together.

This has often times been misconstrued to mean “Your idea must suck so scrap it and fire your entire team.” Nothing could be further from the truth! The entire point of pivoting is to rework your idea until you have a product your market will actually buy. Sometimes this only requires a few tweaks and sometimes it means abandoning a project and building something else from its remnants.

The popular site YouTube is a perfect example of a pivot. It actually started as an online video dating site, but when they weren’t gaining any traction they decided to scrap their original idea and instead focus on video sharing. It was eventually acquired by Google for $1.6 billion in stock and now we really don’t know what life was like before YouTube.

5. You need to have a minimum viable product (mvp)

Back in the day, companies would pitch investors and target customers with a slide show that explained the product. That may have worked for a time, but you can’t really get a reaction unless the people you’re pitching to have some sort of actual product to work with.

This helps your market (or potential investors) wrap their head around your product instead of having to imagine a concept and give feedback based on a hypothetical theory. Remember, hypothetical feedback doesn’t work when you’re building a product, you need concrete guidance you can use to perfect your product.

At this point you’re probably familiar with a file-sharing service called Dropbox. The founders of dropbox discovered a problem most people didn’t know they had: file sharing was difficult. They also had a hypothesis that was difficult to test, whether or not people would purchase their product based off of superb customer experience.

You can’t test either of these things in a focus group. You also can’t spend millions creating software without knowing whether or not people will buy it. So the founder did something very simple yet effective: he made a demo video and put it on YouTube.

The most unique part is that they made sure to add jokes and references that their target community would appreciate. After publishing this video their beta tester list grew from 5,000 to 75,000. This is important because these people opted to “test the product,” rather than being randomly selected for a focus group.

The Lean Startup methodology is like an empirical approach to launching a company. It takes many of the romanticized ideas we have about entrepreneurship and instead creates a viable, easy to follow guideline for launching a company and actually succeeding.

While many of it’s concepts may be misunderstood by some, the reality is this method has become a business bible for many startups who are doing some major work in the world. It’s by far the closest thing we have to an all-in-one guide to actually launching a company with a market-ready product.